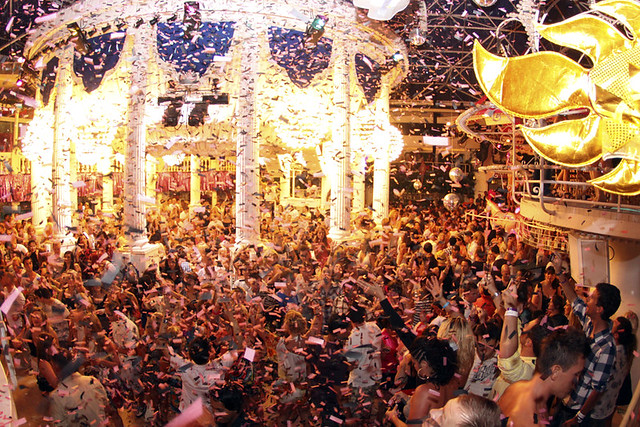 Vote for your favourite Ibiza club in the White Ibiza Best Of Ibiza Awards 2012, whether indoors, outdoors, day, night or poolside!

And the nominees are…

Amnesia – The home of Cocoon, Cream, La Troya, Music On and Matinee, Amnesia is the place where you’ll find techno, trance, disco, house and even pop under one roof! Read more

Pacha – Glamour, glitz and all things gorgeous shine inside the whitewashed doors of Ibiza’s most iconic nightclub – a former farmhouse that began life as a disco in 1973. Read more

Privilege – Impossible to miss, the world’s largest club – and that’s official, according to the Guinness Book of World Records – lights up a hillside in San Rafael. Read more

Sankeys Ibiza – The place to be in Bossa’s backstreets and a meeting point for cool underground DJs and clubbers, meet new kid on the Ibiza nightclub block. Read more

Space – This is the place to get swept away on a musical journey, with king of techno Carl Cox, this year’s hero Richie Hawtin or much-loved weekly festival We Love Sundays. Read more

Ushuaïa – An instant success in the clubbing arena, thanks to its festival-size capacity, ultra-VIP experiences, open-air stage and major league line-ups. Read more

The who’s who of Hï Ibiza

Nominees: Best Restaurant/Lounge Bar
White Ibiza uses cookies to give you the best possible experience. By using White Ibiza, you agree to our Privacy Policy.OK
Scroll to top