To discover this hidden paradise, enter along a wooden walkway between two rustic, red cliffs – it literally feels like stepping into another world. The soft golden sand, clear blue skies, sparkling sea and a rocky headland (where you’ll find plenty of nudists!) keeping Sa Caleta protected from the wind await your arrival. The clear waters are very shallow and great for both snorkelers and safe for children. There are ancient Phoenician ruins on the same property, one of the first ever settlements that have been world heritage listed and well worth a look.

Due to Sa Caleta’s protected position, it can get pretty hot and steamy with no breeze between 2pm and 5pm. Try hitting the beach either before or after. It is often overcrowded in August, when Italian tourists make it their second home.

Scraping the healing red clay from the base of the cliff, mixing it with water and creating a DIY mud mask… crisp up on the sand then dive in for silky smooth skin. 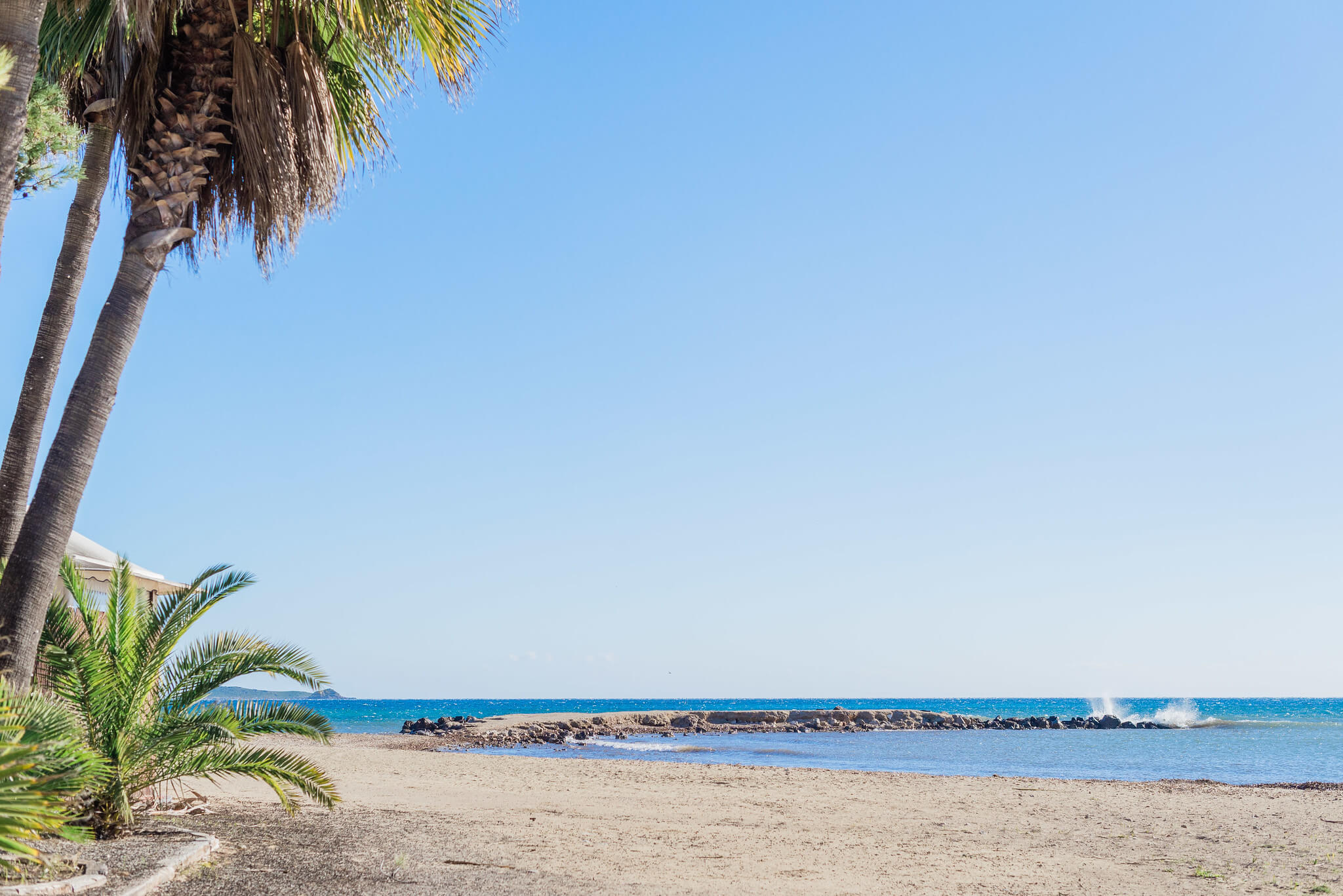 Ibiza beach guide
Siesta
Locally known as Calo s’Alga or Racó of s’Alga, this quiet little Ibiza beach is adjacent to the... 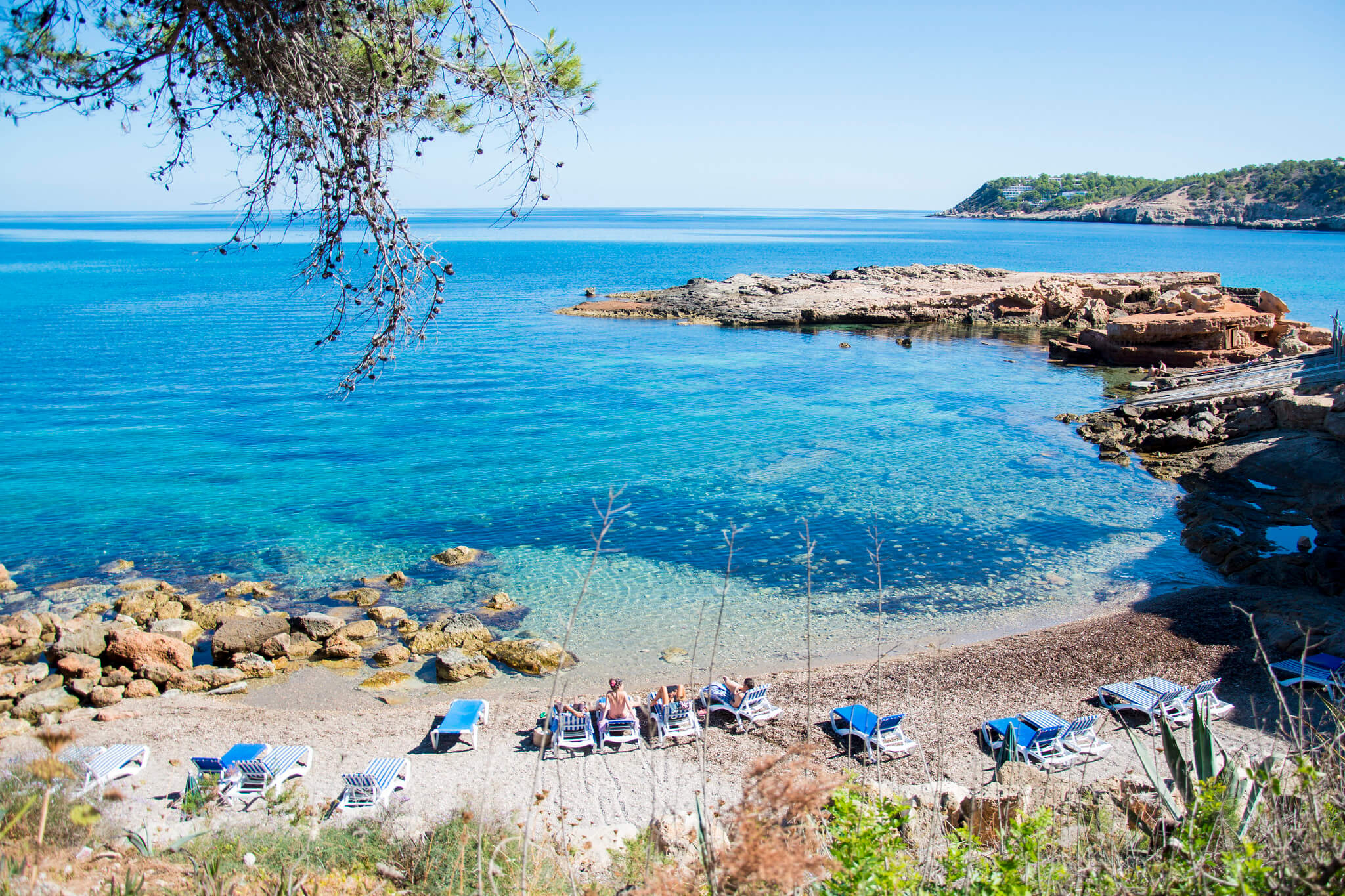 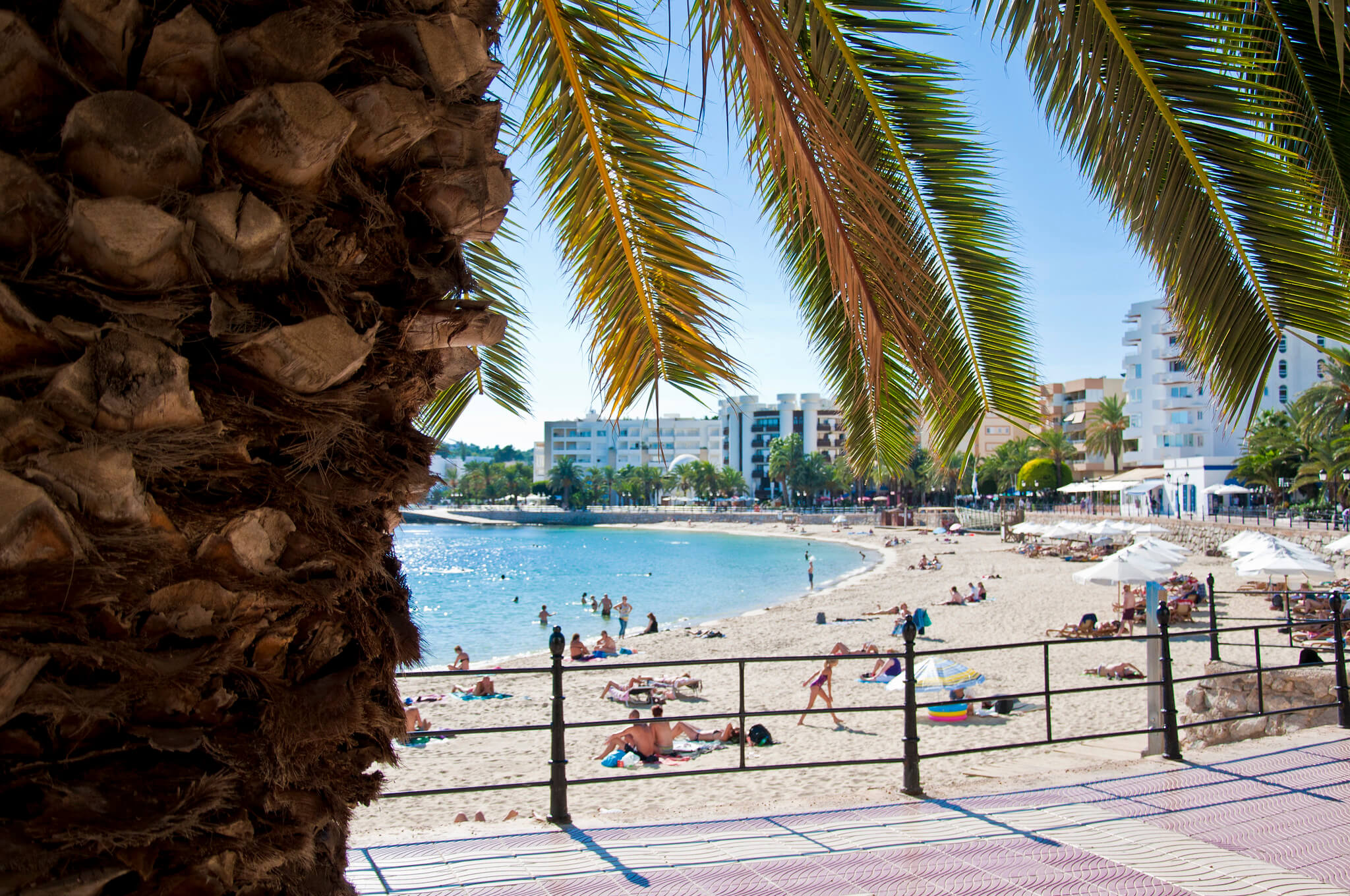 Ibiza beach guide
Santa Eulalia
Fun in the sun is what this beach is all about, whether swimming, water sports or simply sunbathing.... 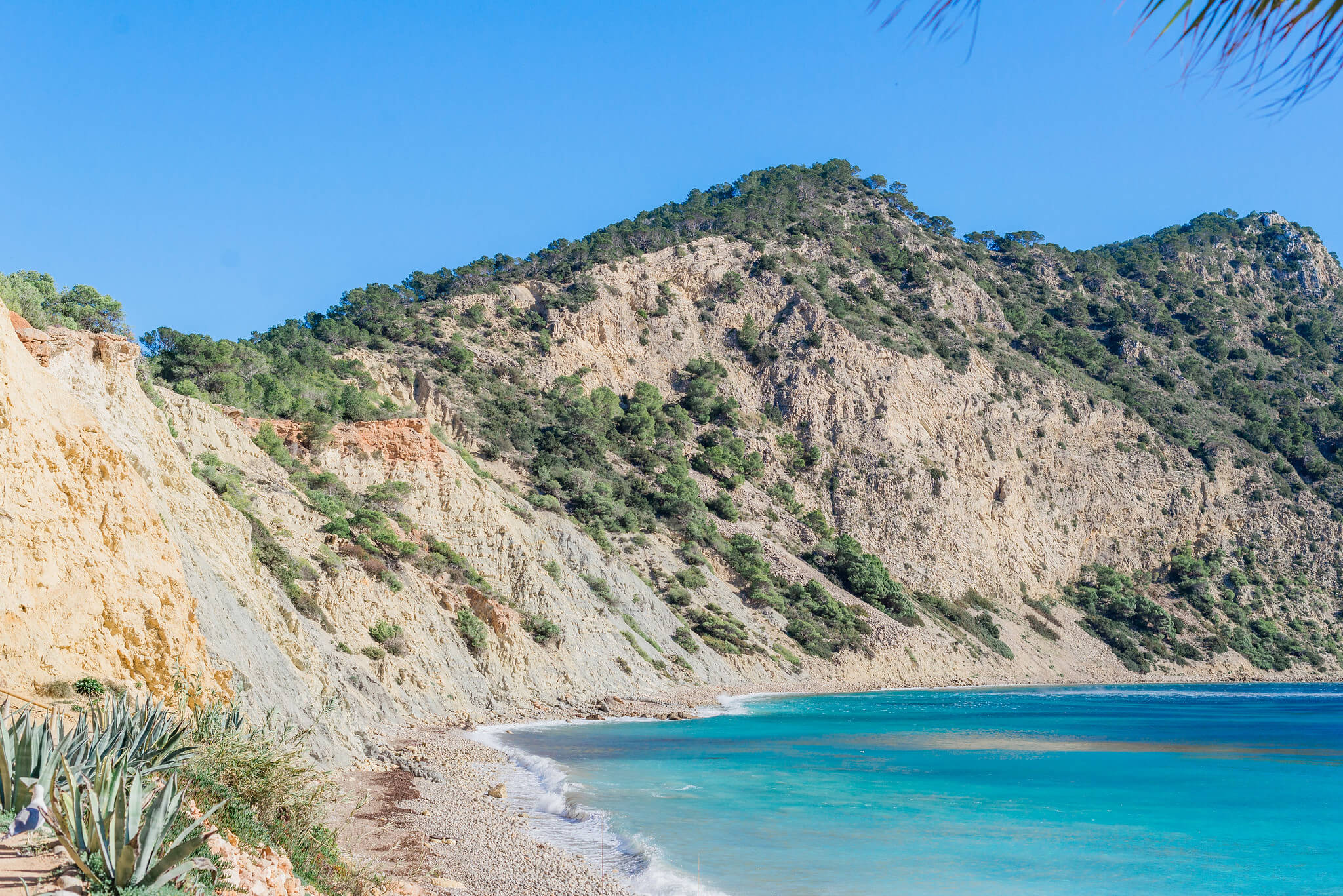 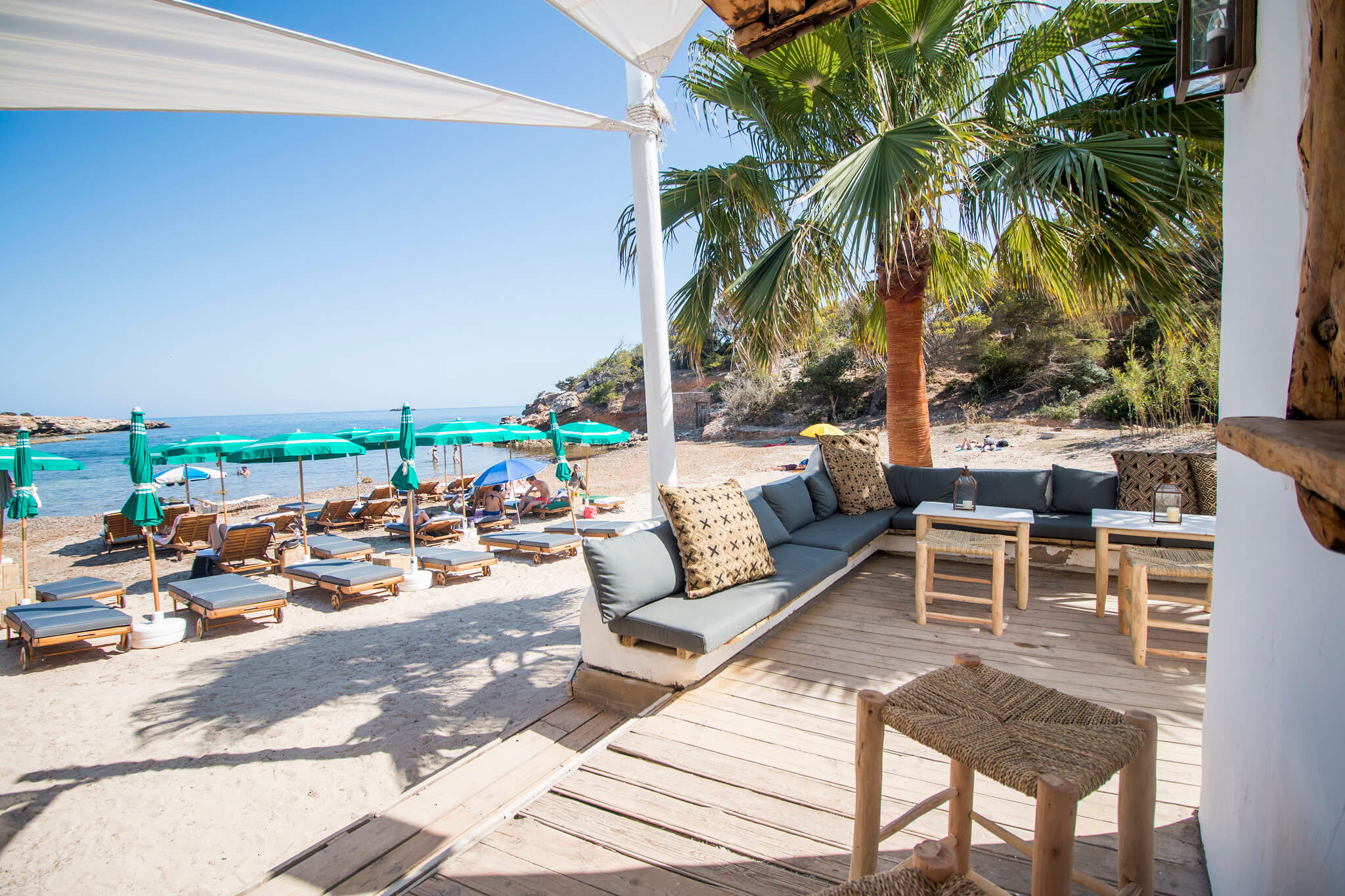