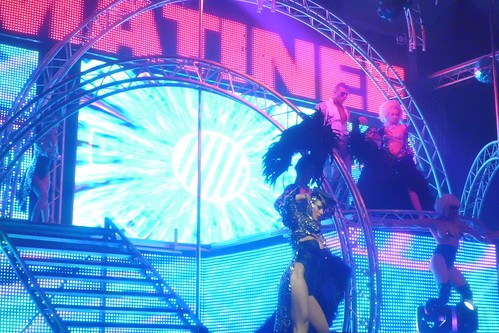 Well… what can we say about the 2011 Amnesia closing (aka El Cierre), apart from the fact that it actually was, without a doubt, The. Best. Closing. Party. Ever. Fact.

Believe the hype – and the posters and the videos circulating on Facebook – because this party was truly something that will stay with me forever. I had forgotten the fact I’d been dancing for 14 hours by the time Richie Hawtin played the terrace. It was well worth the wait – and the blisters – and from 3pm (yes, the NEXT afternoon!) he masterfully clawed back any clubbers who were even remotely thinking about starting to flounder and put them right back under a techno spell that kept them on the dance floor right up until somewhere between 5pm and 6pm on Sunday afternoon.

Going back to the beginning of this mega fiesta at midnight on Saturday, kicking off with Matinee’s closing and its signature sexy-ness, it was wrapped up in what can only be described as sinfully beautiful packages of leather, sequins and feathers.

Perfectly sculpted acrobats and burlesque and disco-esque dancers put on a sultry, seductive show for the last time on an Ibiza stage this season, then as night turned to morning and the actual Amnesia club closing party began at around 8am, the glitter edged glamour was replaced by a harder, higher tempo as techno took over.

The legendary Loco Dice was first up on the terrace. By this point, the club was completely rammed, as was the DJ booth, the VIP, all the podiums… and every single person in the place looked like they could continue dancing forever. With waves of hard, deep, pulsating beats came the same waves of heart-pounding euphoric energy, lifting an atmosphere that was already soaring, up to a climax that was threatening to push off the roof. No, I’m no exagerrating.

As Marco Carola took over the decks at around midday, Amnesia and all who were inside her were on a plateau of happiness – and a little craziness – but squeezing every last drop of enjoyment out of their favourite club in anticipation of the fact it wouldn’t be open again until next summer. It was fascinating – and very endearing – to watch.

So when Richie did the final set and we were approaching the end of our marathon session, it was tinged with a little sadness (and of course, tiredness). We didn’t make it to Space afterwards as we had planned, which is a shame because in Ibiza it’s actually against the law to miss anything on closing party weekend but the final party of Amnesia did draw the curtain on what hand-on-heart has to be one of my absolutely best nights and days out ever. 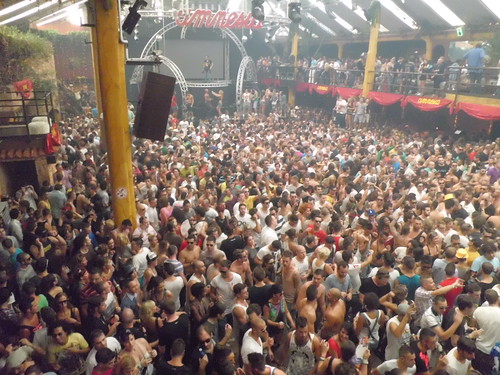