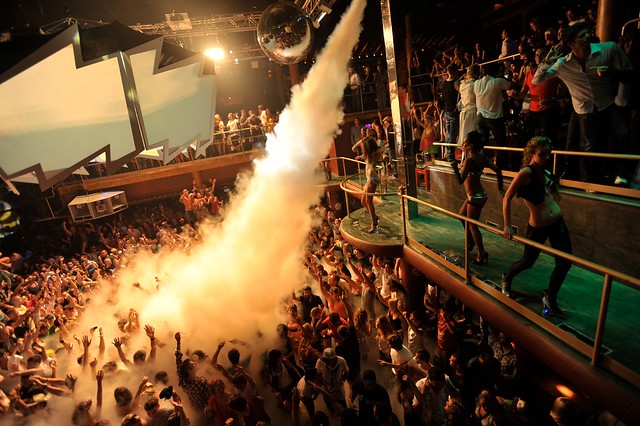 The home of Cocoon, Cream, La Troya and Matinee, Amnesia is more than just a nightclub… it’s an institution! Dark, sexy and the place where you’ll find techno, trance, disco, house and even a little bit of pop under one roof, the striking white building was first christened a discothèque in 1976, becoming the birthplace of the Balearic Beat and the subsequent Acid House phenomenon.

Today, with the ‘Best Global Club’ title under its belt three times, and with countless awards won by the likes of Sven Väth, Paul Van Dyk and resident DJ Mar-T, summer 2012 looks set to be a hotbed of hedonistic parties. New names recently added to the roster include Grammy Award winner Skrillex, Steve Aoki and Deadmau5, plus Amnesia faves Ricardo Villalobos and Loco Dice and Marco Carola, hosting his own night called Music On.

On Sale Now! Space's 23rd Birthday with The Chemical Brothers