Pretty in pink, the all-new incarnation of the award-winning Pikes restaurant takes inspiration from the 1970s and gives it a contemporary twist.

As legendary Ibiza hotel Pikes Ibiza enters a new chapter in its history, a new icon has been revealed through the impressive revamp of the venue’s award-winning in-house restaurant. Formerly known as Room 39, the Ibiza restaurant has undergone a major overhaul – one that involved the entire space being painted candy floss pink – and transformed in Pamelas at Pikes Ibiza, a space inspired by a mythical, bohemian beauty who once frequented the hotel, leaving a trail of magic wherever she’d go.

The origin of the Pamela mystery, and her relationship with former owner and Ibiza icon himself, Tony Pike, remains unknown. Was she a staff member in the hotel’s early days? Is she a long lost family member? A best friend, a muse, a lover… or perhaps the one that got away? After the passing of Tony in 2019, we may never know, but one thing is for sure: bringing a strong sense of femininity to the hotel has made Pamelas at Pikes Ibiza one of the most Instagrammable, and most in-demand restaurants in Ibiza.

Don’t be fooled by the ‘pretty in pink’ vibes however – Pamelas at Pikes Ibiza is as much about Bacchanalian finesse, free-spirited bohemian hedonism and epicurean pleasures as the reputation of the hotel in which it is housed. Open for lunch and dinner daily – excluding Sundays when it’s all about the island’s finest traditional roast dinners – plus brunch on Tuesdays and Saturdays, the Ibiza restaurant welcomes hotel guests, island residents and visitors alike to step back in time to the 1970s and savour the culinary delights designed by renowned British head chef Tim Payne.

The Pamelas at Pikes Ibiza menu has a nostalgic twist, a nod to the decadence of decades gone by. By day, Tess Prince of Love Food Ibiza curates the brunch menu (served from 11am to 4pm and open to visitors as well as hotel guests). If you’re on a brekkie tip, the corn cakes topped with perfectly poached eggs and chorizo crips or the Pamelas pitaya bowl (the same shade of pink as the walls) are good choices, although most Pamelas devotees will tell you, it’s near impossible to go past the tofu satay, the chicken shawarma or the Posh Grilled Cheese if you’ve got a hankering for something hearty.
By night is when the Ibiza restaurant truly comes to life, with a dazzling array of dishes to suit all appetites. Start with cocktails – be sure to try the ‘Pamela’ – alongside a classic 80s-inspired prawn cocktail or the Casa Astina Burrata salad (the creamy cheese is made here on the island), Tim’s twist on surf-and-turf, the octopus and chorizo skewers, or the savoury smoked sardine tart.

The main menu at Pamelas at Pikes Ibiza is a nod to the freshness of the Mediterranean and a testament to the quality of local island produce. The fillet of wild sea bass is served with fennel, red onion, and samphire (which grows wild in abundance on the island) and the Ibiza restaurant’s twist on osso buco uses monkfish and pork. The slow-braised lamb shoulder ‘niçoise’ has a melt-in-your-mouth anchovy marinade and the Flintstone-esque beef cutlet is grilled to perfection and designed for two people to share. A roasted spiced cauliflower with aubergine satay, lemon and hummus is a vegetarian dream come true, as is the crispy marinated tofu.

Don’t leave Pamelas at Pikes Ibiza without sampling the desserts, which take you back to the pure joy of childhood. A classic pavlova, homemade truffles, lemon sorbet and chocolate tart sit alongside creative options like pineapple gazpacho, but the cherry on top (quite literally) is the Ibiza restaurant’s towering signature Knickerbocker Glory. There’s also the mysteriously named ‘Happy Ending’ – our tip is to ask your waiter to find out what that means!
A myth, a legend, an icon in her own right – Pikes Ibiza also pays tribute to Pamela’s nightly toasts to Ibiza’s goddess Tanit when serving cocktails. “To Tanit!” she would reportedly cry. “To tonight!” The crowd would echo back. We don’t know what tomorrow will bring, but at Pamelas at Pikes Ibiza, we’ve always got tonight. 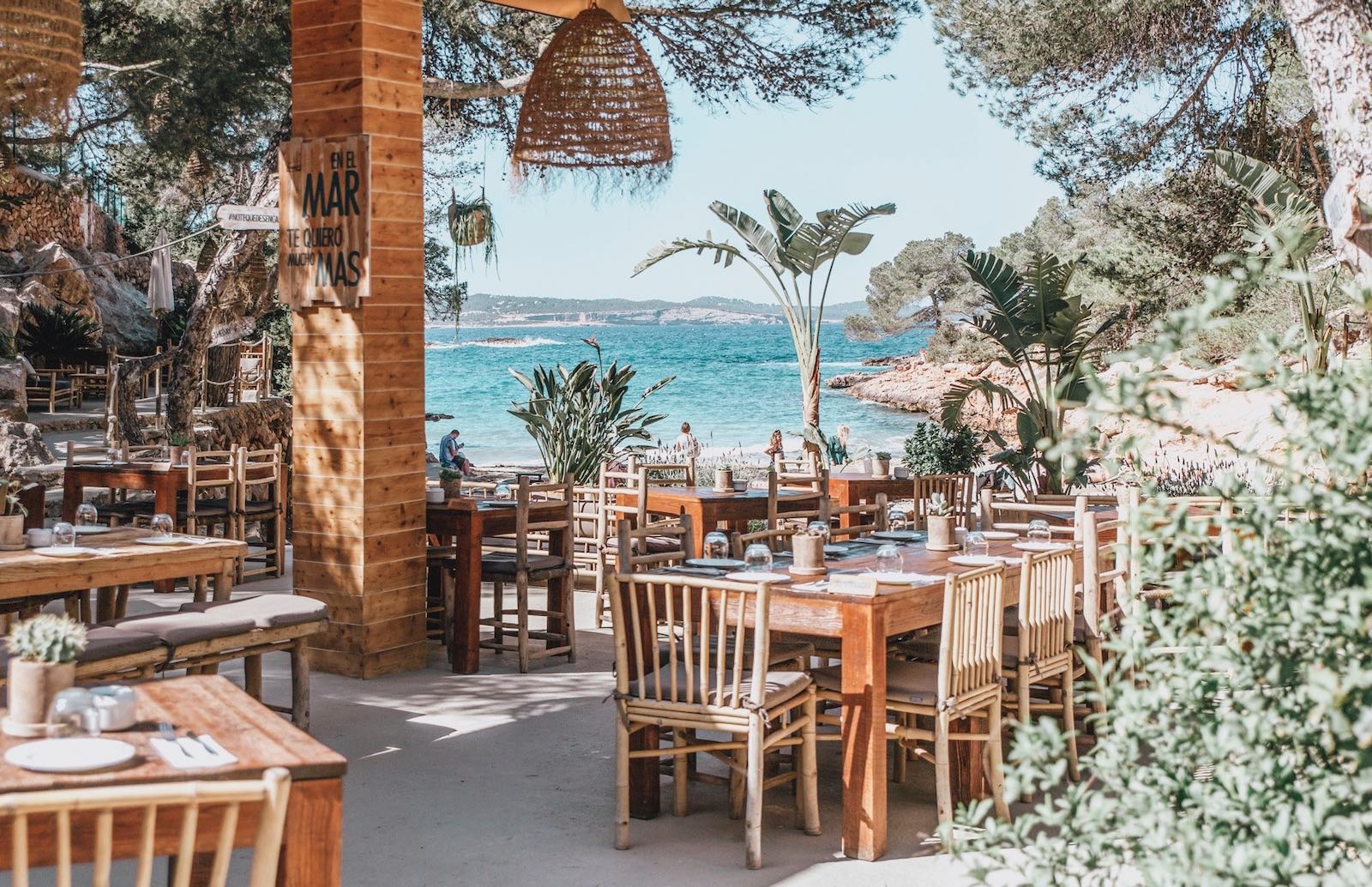 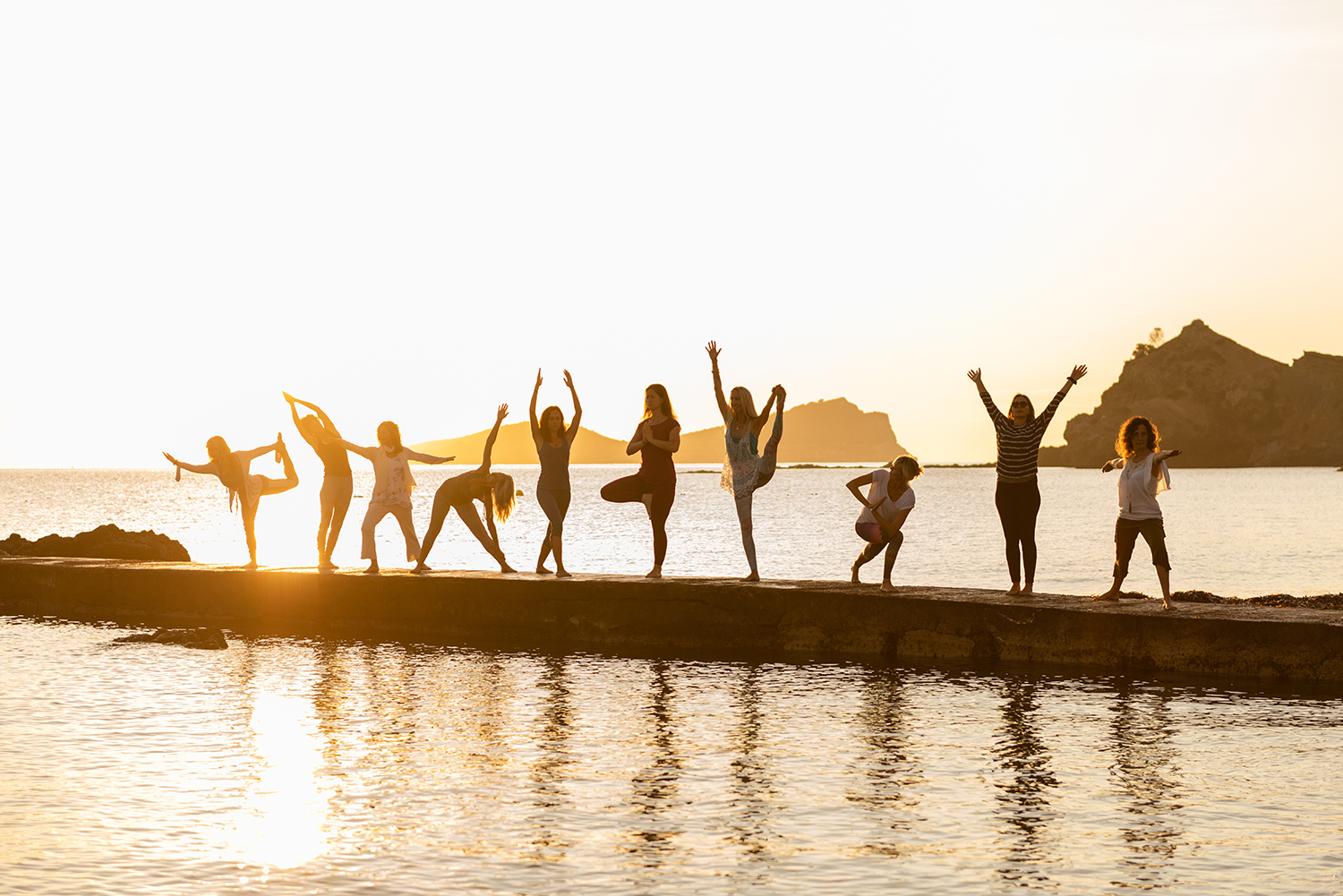 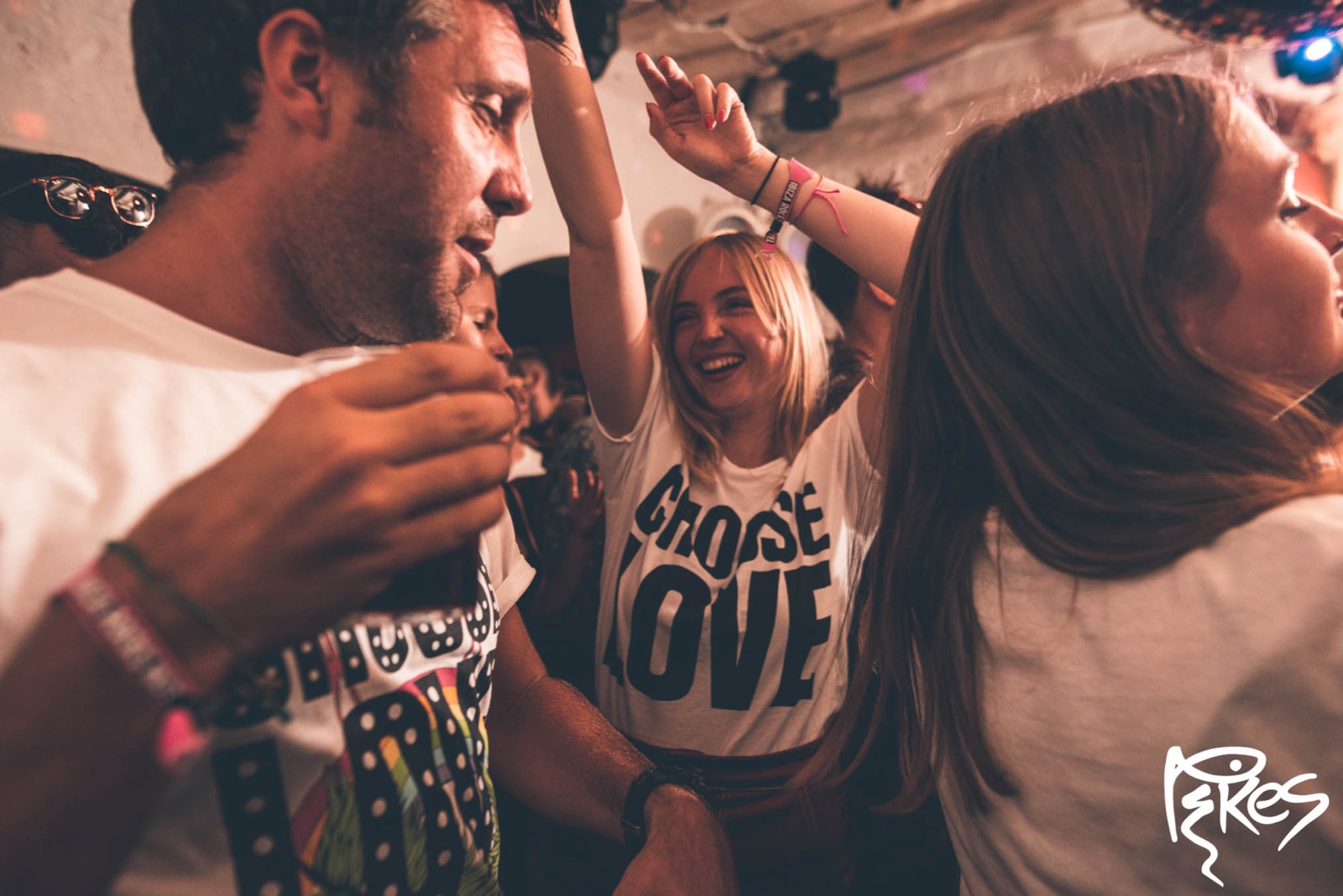 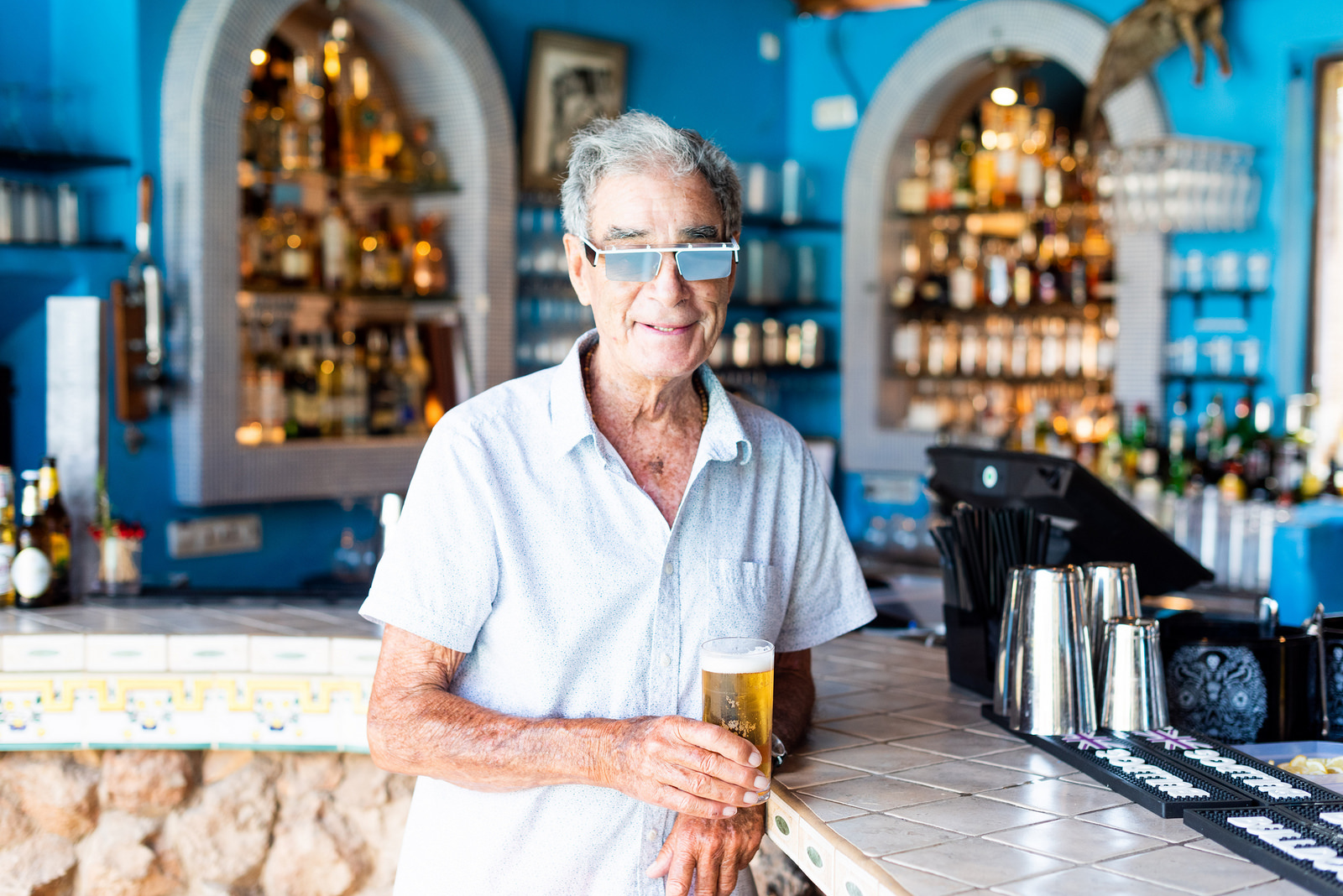 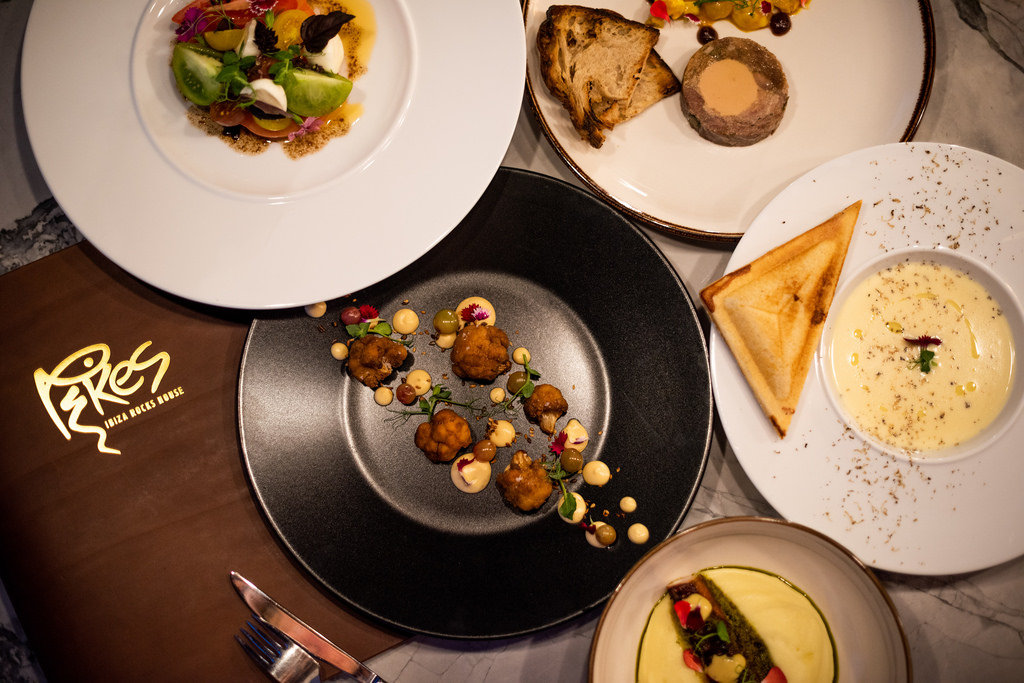