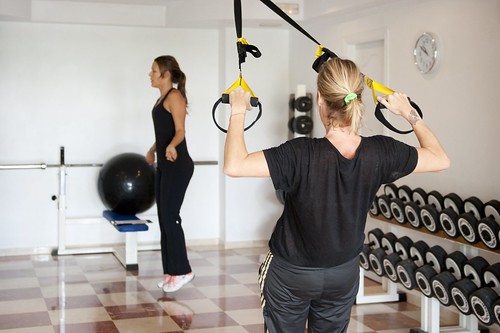 It’s getting to the time of year when the gyms are filling up again as people finally find the time to get back into their work outs. If you’ve been a gym rat over summer, then that can be irritating as ‘your’ space gets invaded by newbies. Whether you’re a newbie or a seasoned veteran of the gym though, it’s important to remember that it’s not ‘your’ space per se (anymore than that bit of dance floor by the podium on Amnesia terrace is yours), it’s there for you, but it’s also there for all. So how to avoid gym rage and treat your fellow gym goers with respect to make sure everyone stays happy?

First off, try to go in with a plan, but be prepared for that plan to be flexible depending on what machines or weights are being used. A plan is important as number one, it means you’re actually going with an aim and know what results you’re aiming for, and number two, it means you won’t wander aimlessly from piece of equipment to piece of equipment.

Next, think about your clothing and hygiene: those ultra-short denim shorts might look good at Ushuaia but probably aren’t doing you any favours in the gym. See that guy there, stranded on the bench press, yes, he’s looking at you, and you’ve put him off his exercise. On the hygiene front, please make sure your clothes are clean and that you’ve showered: sure, you’re going to sweat some more, but no one wants to work out next to the guy or gal that has their lucky ‘never wash’ gym T-shirt.

Going back to point number two (clothing), don’t stare at people, no matter what they’re wearing or what they’re doing. Sure that guy in the cycling shorts may not have gone for the best option clothing wise, but staring at his crotch is going to put you and him off. Probably…

So, you’re there, pumping iron. You finish your set. Now, regardless of what routine you’re following, one to two minutes rest is all you need. A pet hate of most gym goers are the people that complete a set, then spend the next seven or eight minutes puffing, stretching flexing, or lazing around on the equipment like it’s a day bed at Blue Marlin. If you’re doing a lot of sets, or spending a lot of time on the same weights or machine, someone may ask if they can work in with you. This probably means you’re holding them up, but it’s a polite way of asking if they can do a set while you rest. Gym etiquette says you should agree unless you only have one set left. Obviously if the guy you’re asking is a 300lb monster with a bad attitude, you might not want to point out this point if he refuses you…

When you’re done, wipe the machine down. Your gym should have anti-bac spray and tissues. Use them.

Finally, try to keep the noise to a minimum. You’re not Gordon Gecko (probably) so shouting into your hands-free while you rack up the miles on the treadmill isn’t going to endear you to your fellow gym goers. Likewise, try to keep overly loud grunting, shouts of ‘Yeeeessss!’ as you lift, and, ahem, other bodily noises to a minimum.

Of course, the above is slightly tongue in cheek, but follow these simple etiquette points and everyone in the gym, including you, will be happier.