Another year, another successful ENTER mission accomplished for team Hawtin, as the season sneaks towards the finish line and once again, the black dot brigade have dominated Ibiza’s party scene. And this year’s (gourmet) icing on the cake was definitely ENTER.SACCA…

This special one off event, hosted by Hawtin, was to introduce the collaboration between Hawtin and Masaaki Fujioka, owner of the Fujioka Sake Brewing Company in Kyoto (who was also in town especially for the occasion), the ENTER.Sookuu series.

Teaming up with Ibiza’s hottest high-end dining destination, SACCA Ibiza, for the event was almost a no-brainer, as the delectable menu is brimming with cuisine combining subtle Asian flavours alongside hand-picked superior Chinese, Thai and Japanese foods. Just add sake! Did I mention sake guru Hawtin was personally invited to select the restaurant’s sake menu? 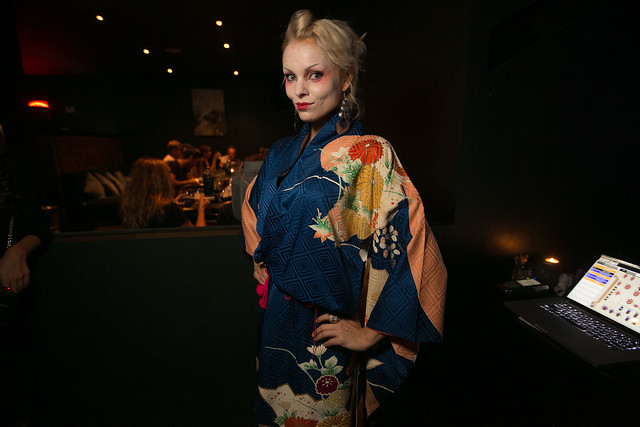 I had been looking forward to this event for a multitude of reasons. Firstly, you may remember my slightly unhealthy obsession with Enter and Richie Hawtin. Secondly, I had yet to experience the upscale Sacca experience and had heard nothing but rave reviews about the food. And last of all, I actually LOVE sake!

As I wrapped up my work for the day and carefully plotted the perfect outfit (you know the typical ENTER. dress code is black, black and more black – so obviously I opted for leopard), the heavens opened and it POURED. Thunder bolts and lightning, very very frightening… at one point I seriously thought it would be impossible to get from Ibiza town to San Lorenzo, so intense was the storm.

But like all good Ibiza storms, it blustered and blew for about an hour before shimmying on over to another island, and the temperatures started to rise once again. Into the White mobile we went, and trekked (oh OK, smoothly cruised) up the San Juan ‘restaurant road’ in anticipation of what was to come. 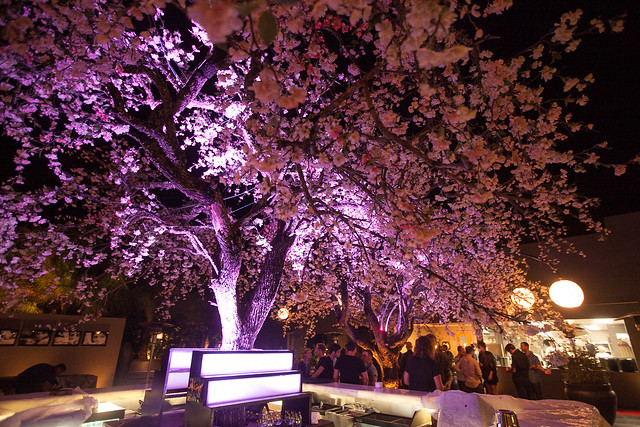 The rain did indeed stop play, as the majority of Sacca’s table settings are outdoors – although by the time we arrived, it was balmy enough to sip a sake cocktail beneath the beautiful cherry blossom bar. As you’d imagine, Richie Hawtin wasn’t going to let anyone (literally) rain on his parade, and the event was cleverly rescued by swiftly transforming the indoor KURO lounge bar into a slick, modern dining destination… I felt as though I’d entered a cool New York sushi lounge, as we were ushered into the bustling space by a gorgeous geisha, chock full of Ibiza’s cool crew and with more A-list DJs than a festival in attendance.

Speaking of DJs, Japan’s ambient music maestro Kazuya Nagaya, was playing his own unique style of dinner music, fusing the sounds of sacred instruments, used in Buddhist or Hindu rituals, with modern instruments. Twinkly, pretty, ambient, eclectic… a music reviewer I obviously am not, but I know I liked it! 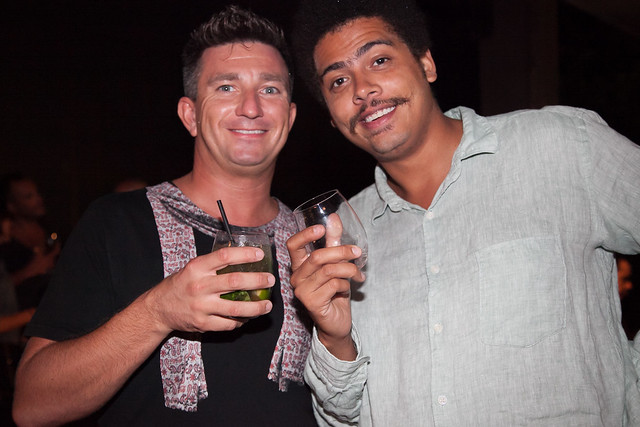 The atmosphere was buzzing, with a very social, table-hopping feel all night long… and with ultra-professional waitstaff topping up your sake before you’d even realized your glass wasn’t full, it was easy to get carried away in the moment and forget where your original place was. Richie worked the room like a true professional, all smiles and sake… and I couldn’t help but wonder just how much sake can this man drink? Does he get hangovers? Or is it stunt sake in every glass he toasts with a guest?

But I stayed put. I was in it for the food and the sake (and some occasional eavesdropping on Seth Troxler and co) – a specially paired tasting menu that had my mouth watering from the word Edamame. 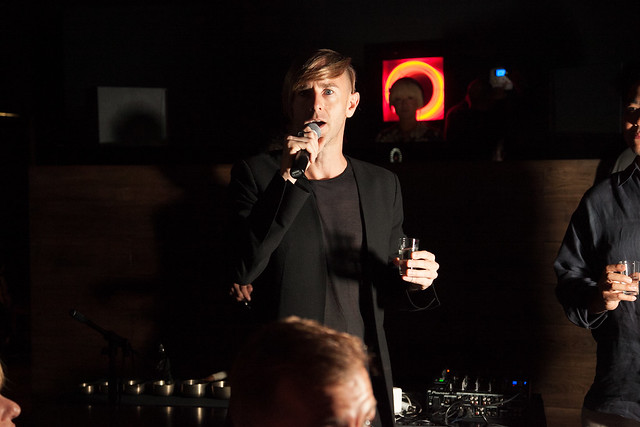 A tasting selection of melt-in-your-mouth sashimi, delicate nigiri and perfectly packed maki followed, accompanied by ENTER.Sookou Silver (with slight fruity overtones and well-balanced umami sweetness according to those in the know… my own personal appraisal was: YUM).

Next up was a sweet prawn tartar, heavenly yellowtail sashimi with a spicy jalapeño on top and a cute little bowl of silken tofu that made me feel like I’d died and gone to Japanese fusion heaven. ENTER. Sookou Gold was the tipple of choice here, boasting notes of pear and yellow peach perfectly balanced with a sense of coolness and lingering sophistication. Again, I simply nod and say, YUM 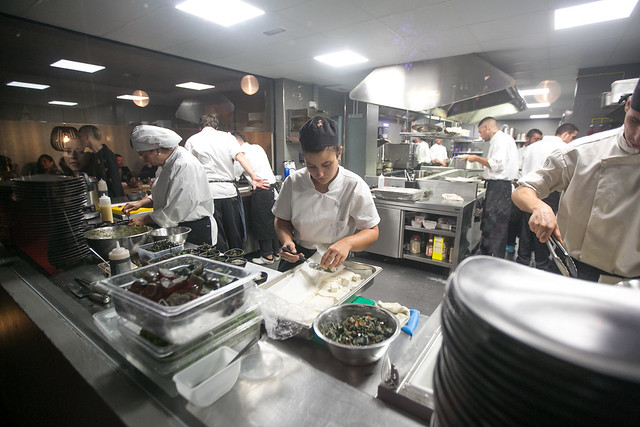 The next course for me was bar far the absolute winner, and in fact, a week later I still have not stopped raving about it! Lush and perfectly seared beef tataki bites, prawn and vegetable tempura that was crisp on the outside, yet juicy and firm on the inside (juuuust right!) and the most sensational black cod I have ever eaten. Oh, to be back there, now!

ENTER.Sookou Black took the sake level up a notch (soft and silky with sweet rice-like notes) , as did ENTER.Sake resident DJ Hito, who took over on the musical duties to deliver a slowly rising, pulsing, Enter-esque tempo… a hint at the party vibe that was to follow dessert. 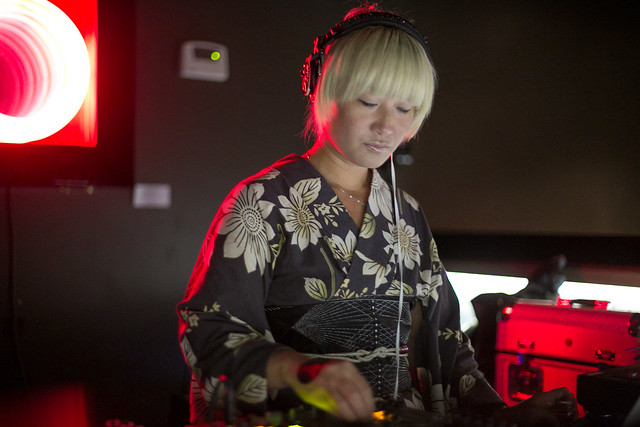 Ahh, dessert. I am sorry to say, but I had to desert mine, as I was beyond full from the truly incredible cuisine that had preceeded the lush looking baklava ice cream and SACCA signature cheese cake. But don’t you worry… I’ll be back to report on that one night soon. Very soon. Perhaps even tonight. 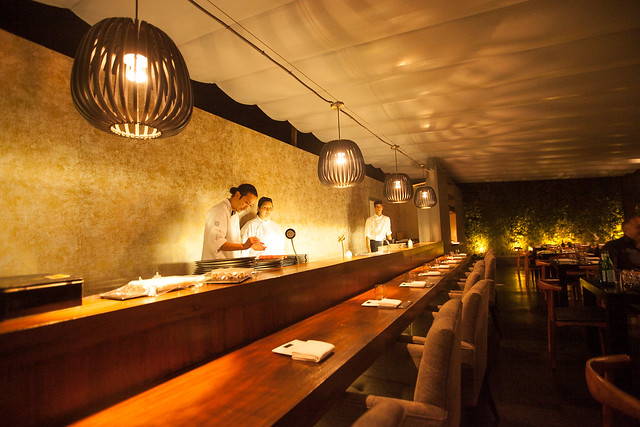 Miss W's blog: What a difference a year makes...

Miss W's blog: 10 reasons not to miss Urban In Ibiza

Have a nice day

Miss W’s blog: What a difference a year makes…
White Ibiza uses cookies to give you the best possible experience. By using White Ibiza, you agree to our Privacy Policy.OK
Scroll to top