This long stretch of the silkiest golden sand with views sweeping towards Ibiza town and Formentera is reached via a charming drive across the ancient salt flats – keep an eye out for flamingos elegantly wading through the shallows. Es Cavallet is extremely sought-after by those coming to experience the excitement and opulence of Ibiza, in addition to families wanting to soak up the rays of island life. Homes here run the gamut from contemporary chic to rustic farmhouse – always with a glint of that indescribable island allure. Just a 10-minute drive to Ibiza town and the airport as well as being near some of Ibiza’s other iconic beaches like Las Salinas and Playa d’en Bossa, Es Cavallet is the perfect location for an immersive Ibiza holiday or a year-round home.

One could quite easily never leave the area and still experience a varied and delicious range of excellent food when staying in Es Cavallet. El Chiringuito, right on the sand, is one of Ibiza’s best and most loved beach clubs. Breakfasts are sublime, and the modern Mediterranean-influenced lunch menu is brimming with signature dishes. The well-thought out kids’ section is a bonus. La Escollera’s open, light filled dining room and terrace dishes up traditional Spanish holiday dishes and a smattering of Asian flavours adds further appeal to dining on the beach daily, as does the iconic French-influenced Experimental Beach Ibiza. Just a little down the road, San Francisco offers laid-back cafe-style vibes with views of the salt flats, while its neighbour Coricancha is Peruvian fine dining with a twist.

Es Cavallet is Ibiza’s first official naturist beach so be prepared to see bodies of all kinds. As part of the Ses Salines Nature Reserve, it’s delightfully underdeveloped, meaning a meander through the sand dunes and surrounding forest is a lovely way to break up a beach day. The nearby salt flats are fascinating and have been in operation since Phoenician times. The Torre de Ses Portes is worth a visit and has views of Illa des Penjats, where pirates were once sent to the gallows.

Other than the gorgeous shore of Es Cavallet itself of course, the nearby Las Salinas is another iconic stretch of silky sand. Far more energetic, it’s filled with beach bars and beautiful people mixing it up with families and parades of club promoters – probably some of the best people watching to be had on the island. Just across the salt flats is Cap d’es Falco, where a pebbly beach slopes down to crystal waters. 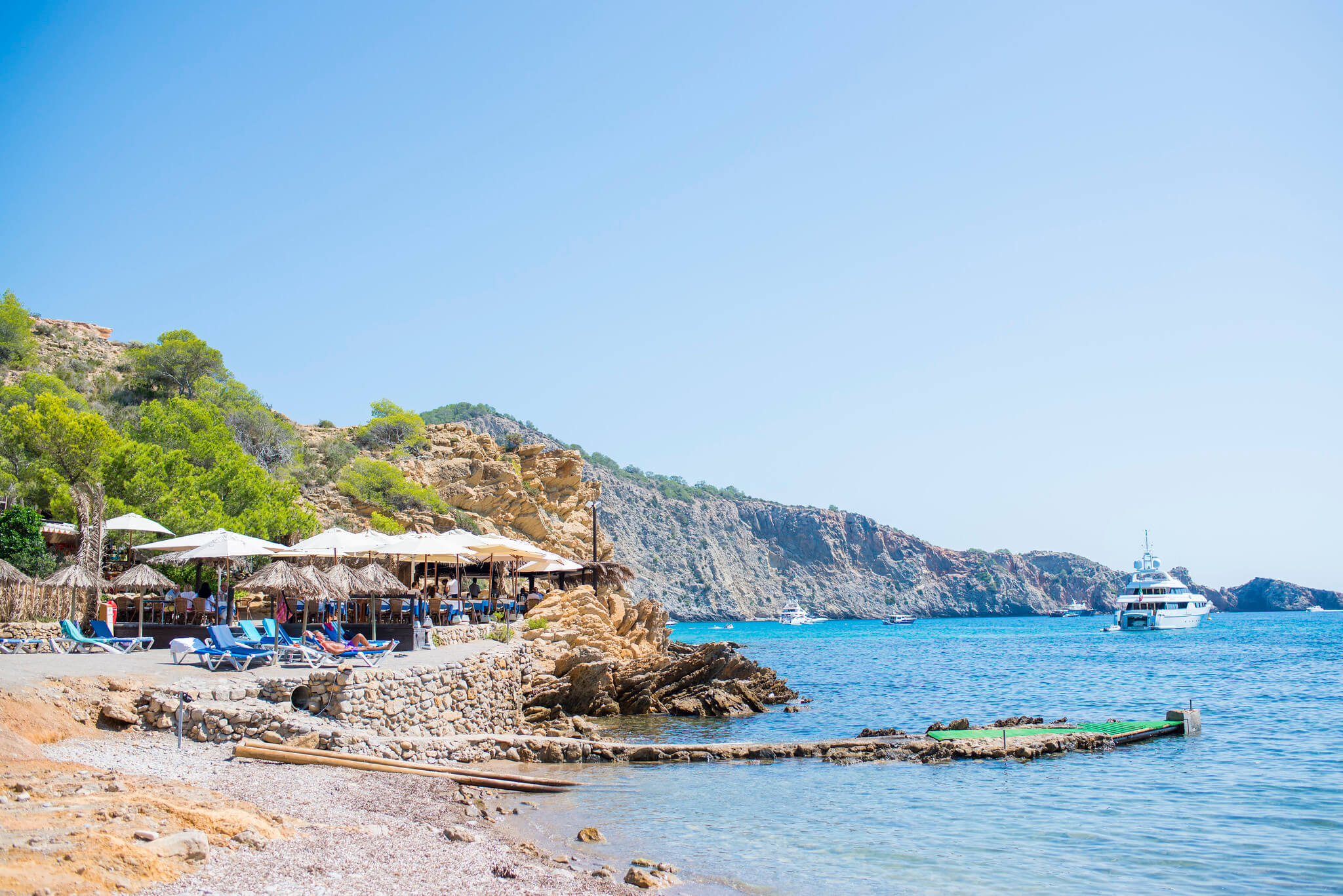 Where to stay
Porroig
Porroig is an area not frequented by tourists and therefore provides a discreet and peaceful ambience for escaping... 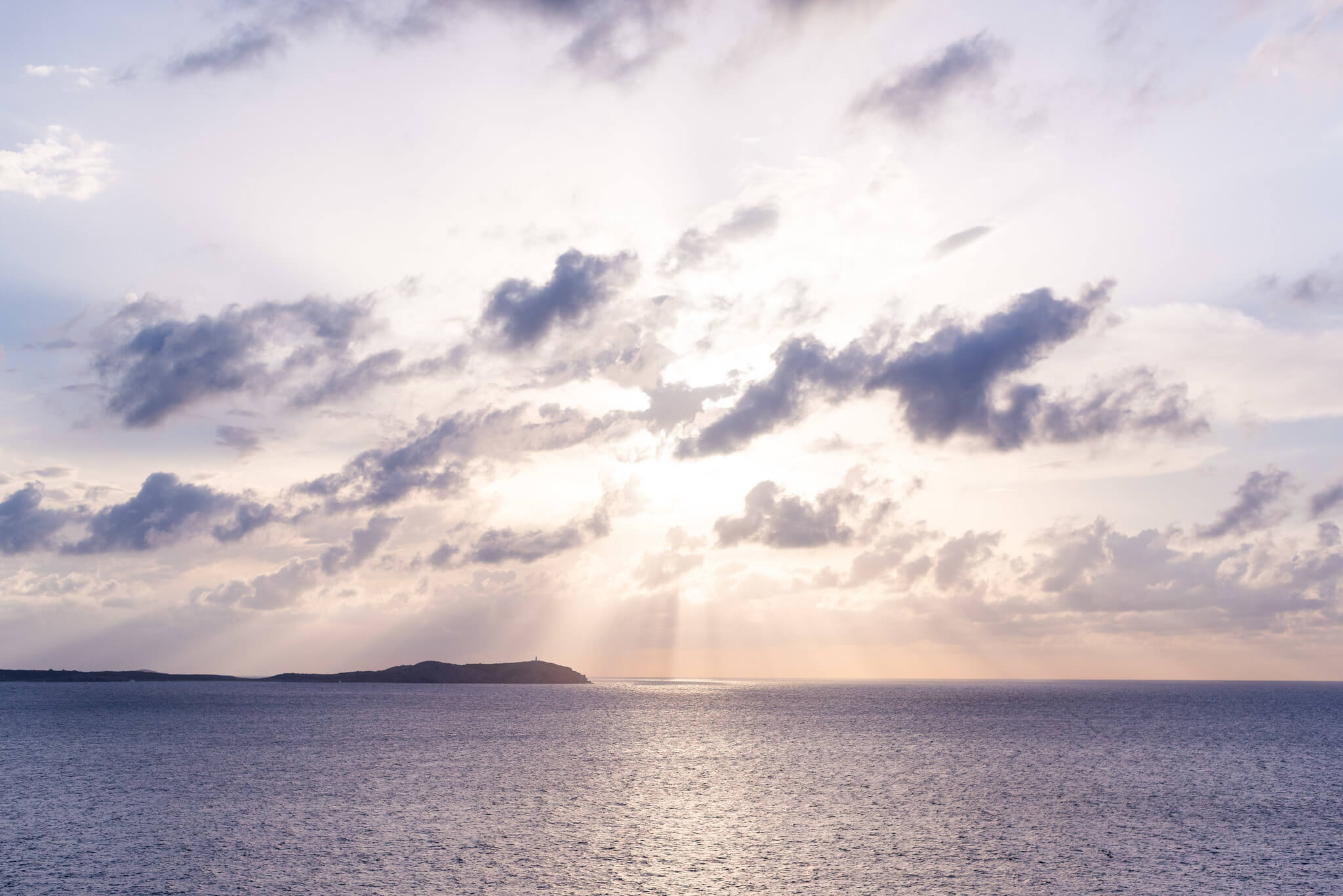 Where to stay
San Antonio
The west coast is famed for the daily spectacular that is sunset in Ibiza. Stunning beaches, incredible restaurants... 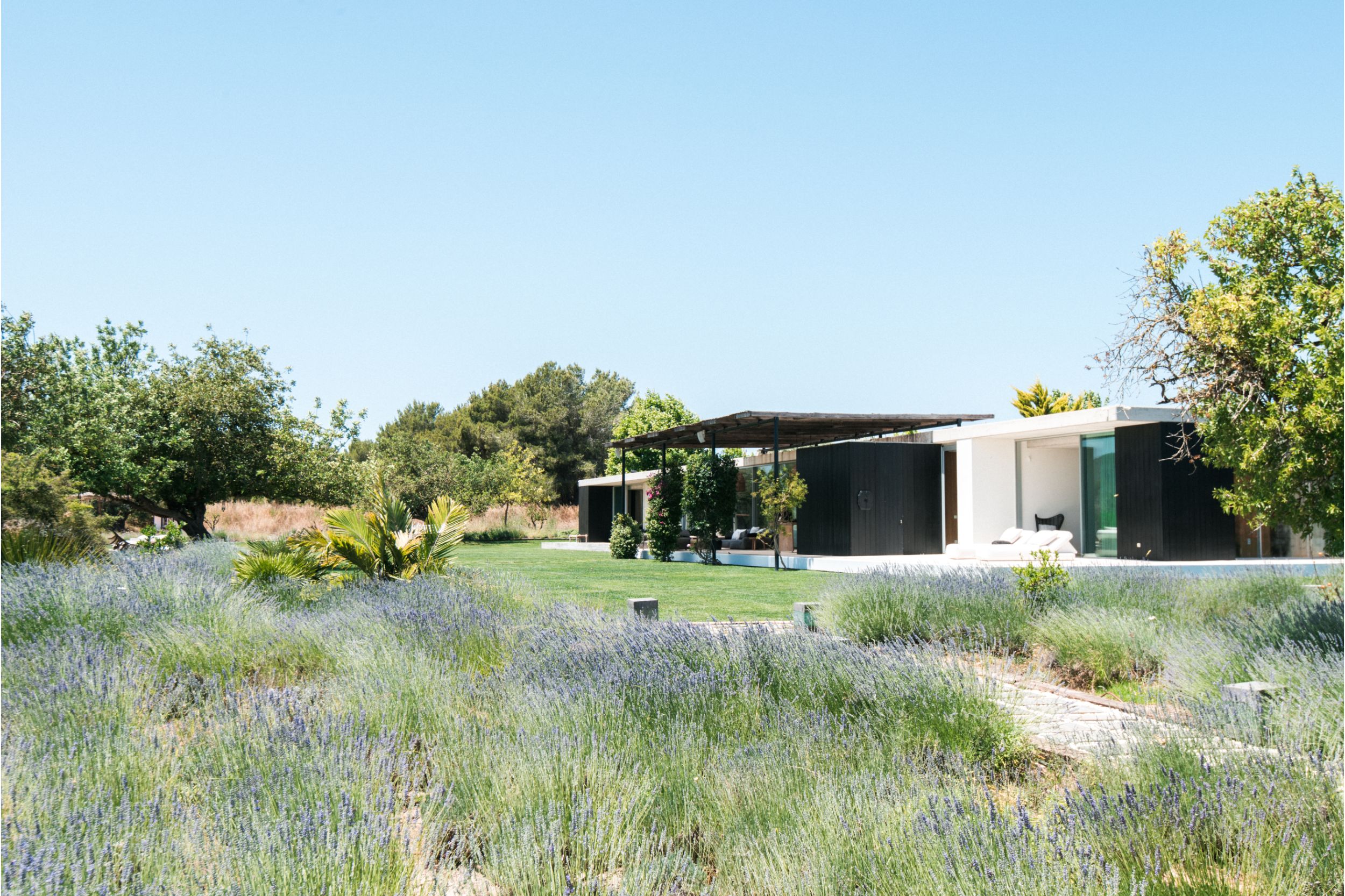 Where to stay
Morna Valley
Tucked along back roads between Santa Eulalia and San Carlos, this lovely stretch of verdant countryside contains some... 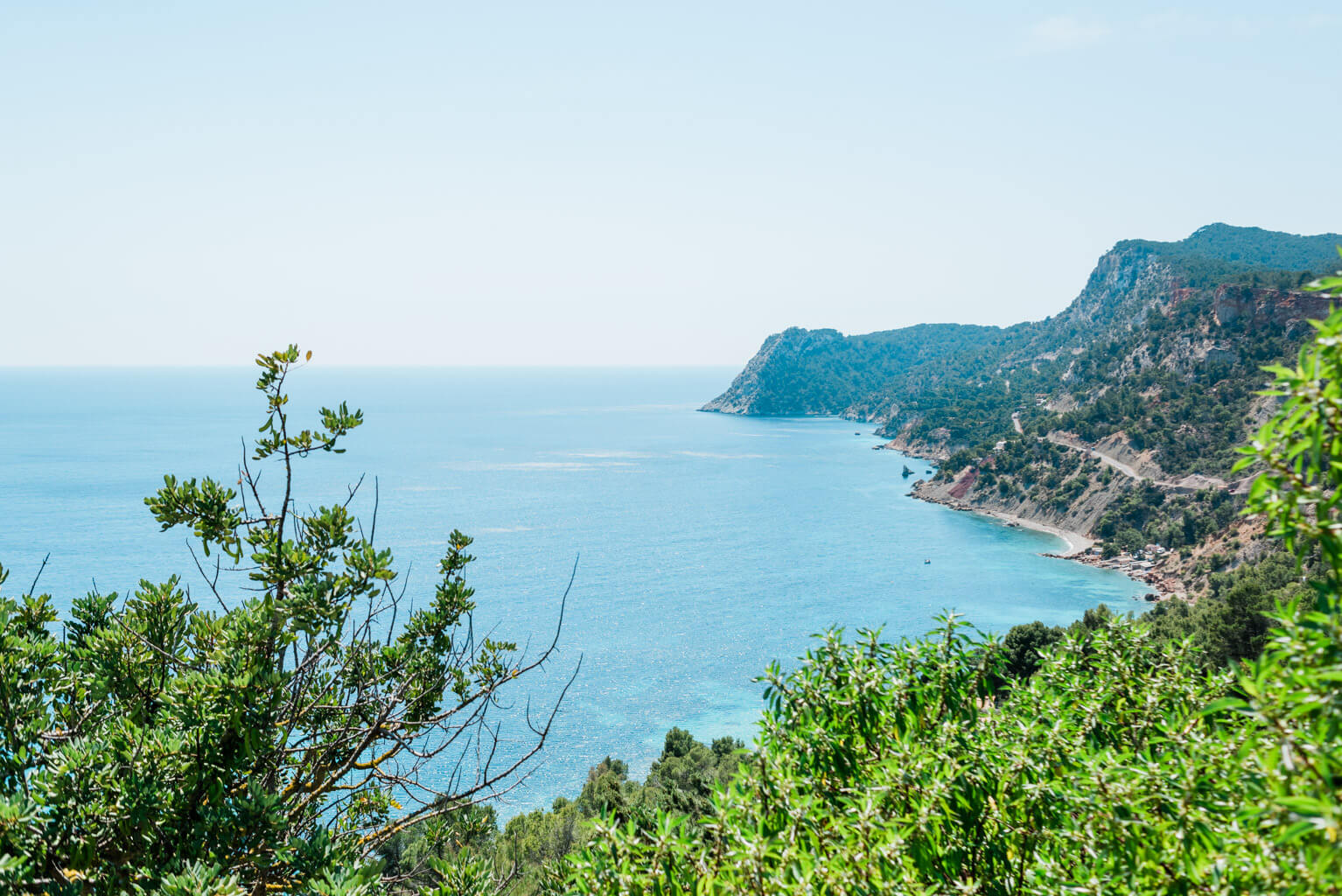 Where to stay
Es Cubells
Although set just outside the buzz of the village of San José, Es Cubells is distant enough to... 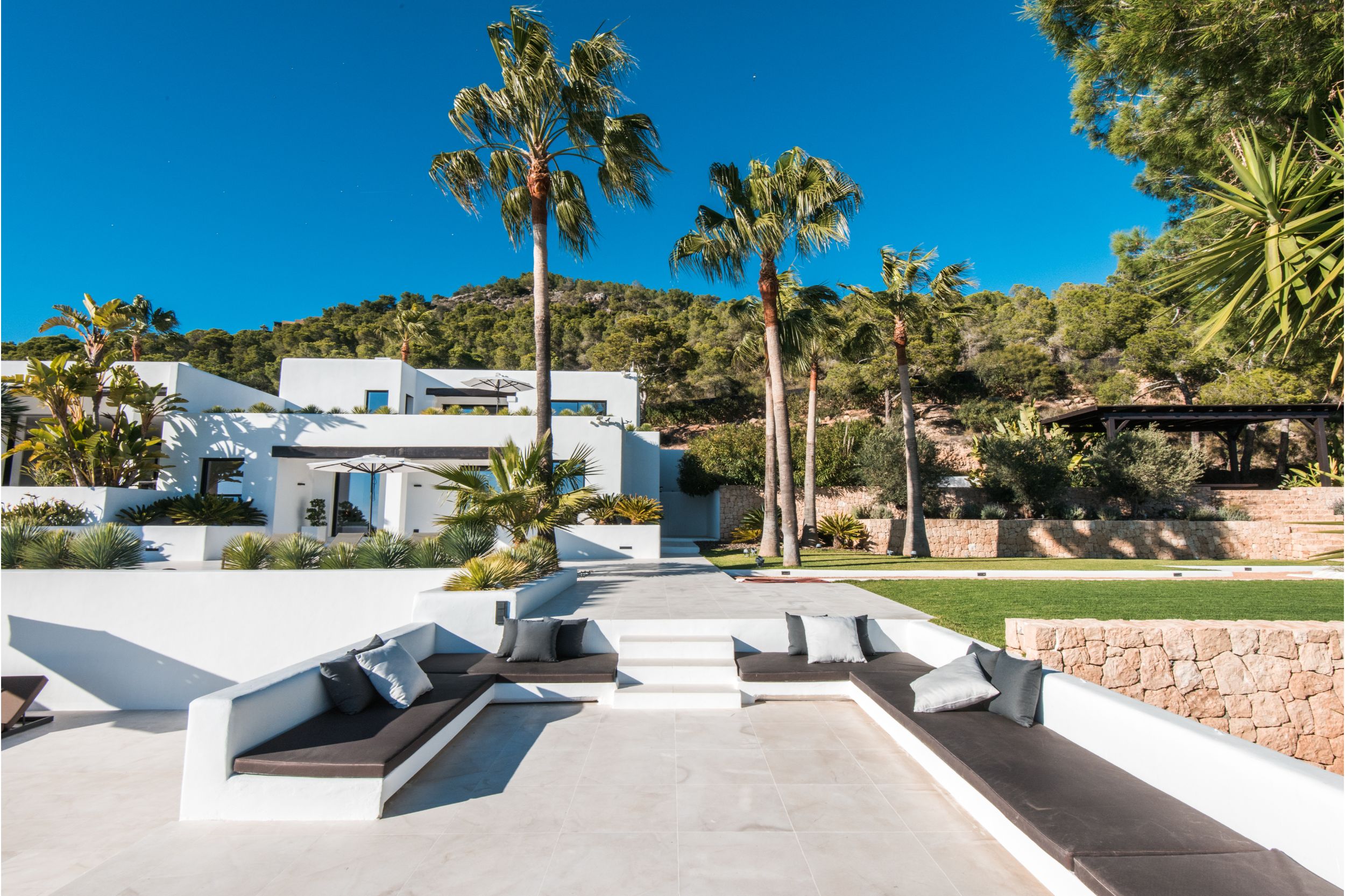 Where to stay
Cap Martinet
Quiet and private, Cap Martinet’s proximity to Ibiza town and its clubs, bars and restaurants – not to...