Pikes comes to the rescue as Ibiza Sundays are saved

Anyone who knows me, or has read my blog over the years, will know that I was once a We Love girl. So this week, I am beyond excited about the new venture at Ibiza Rocks House at Pikes Hotel...

Anyone who knows me, or has read my blog over the years, will know that I was once a We Love girl. And I don’t just mean I was a fan of the party and went every week. I mean, I lived it! My first ever job in Ibiza was working on the beach in summer – walking up and down Playa d’en Bossa, up and down, up and down again, and AGAIN – handing out flyers for the now legendary party. The golden years. The time when I was oh-so-skinny and super-duper tanned (walking up and down the beach will do that to you). In the years that followed, I did a little bit of everything. I did more flyering. I manufactured and sold t-shirts and other merchandise. I did video interviews with all the very best DJs in the world. And my guilty pleasure – I was the guest list girl. I spent many, many years of my life working with amazing people who went on to become my Ibiza family, and so it was with a heavy heart that I called it quits in 2014 (the roles of Miss W and door girl just aren’t as easy to combine in my old age). And even though I gained myself two extra days off on the weekends, I felt at a loss for what to do on Sundays. So this week, I am so happy, so excited, so beyond ridiculously overjoyed at the news that my beloved Ibiza family (who also moved onto pastures new in 2014) – Mark and Sarah Broadbent and Andrew Livesey – are hosting a new venture in my all-time favourite venue, Ibiza Rocks House at Pikes Hotel every… you guessed it… Sunday! Hallelujah – Sundays have been saved! 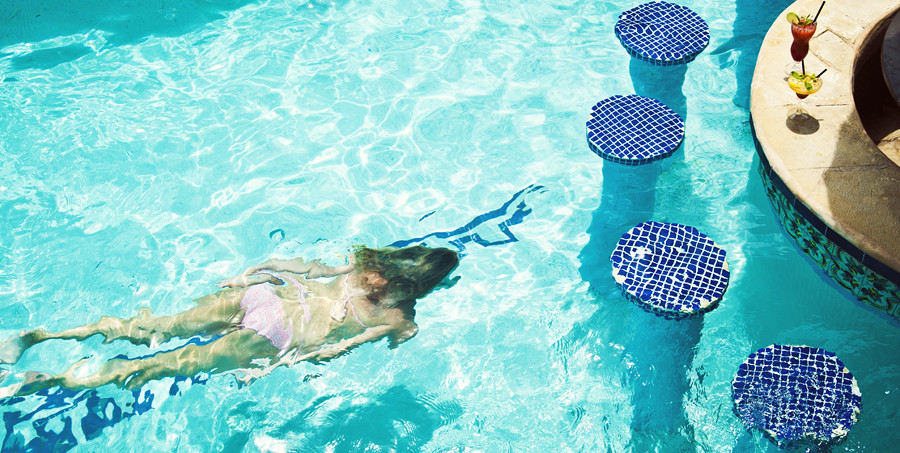 I’d like to point out here that this is NOT, I repeat, NOT We Love Mark II*. It’s not like Space at Pikes. It’s an entirely different ballgame – in fact, it’s the polar opposite! The party is aptly named Pikes on Sundays and there’s no frills and fanciness about it (although I must say, it has some pretty fancypants artwork – I wonder if they’ll print me a poster?). It’s a free party that is all about good people (the island’s very BEST people!), great music and good vibes – poolside, over a Bloody Mary and a Sunday Roast… what’s not to love? You can guarantee anyone who’s anyone, and anyone who’s heard of anyone, will be around that pool at this party this summer. You’d be mad NOT to. When it comes to music, as you’d expect, this crew have impeccable taste. Calling on their ‘friends and family’ (a pretty big roster if the last 15 years are anything to go by) to drop in behind the decks, Pikes on Sundays have plenty of musical treats in store between now and the closing on October 11 (keep your eyes on their cool blog for regular updates). There’s my favourite, the wonderful Mr Doris, doing his infamous After Dark sessions bi-weekly (with some super special guests of his own joining in), and there’s also the lovely Lottie, Mark Barrott (International Feel), Phat Phil Cooper, Neil Diablo, Amp & Deck, Kitt Proudfoot, Jon Woodall and Ruairi Dunne – just to name a few. And trust me, if you haven’t heard the names before, it’s worth checking out. Remember when no one had heard of James Zabiela many moons ago? 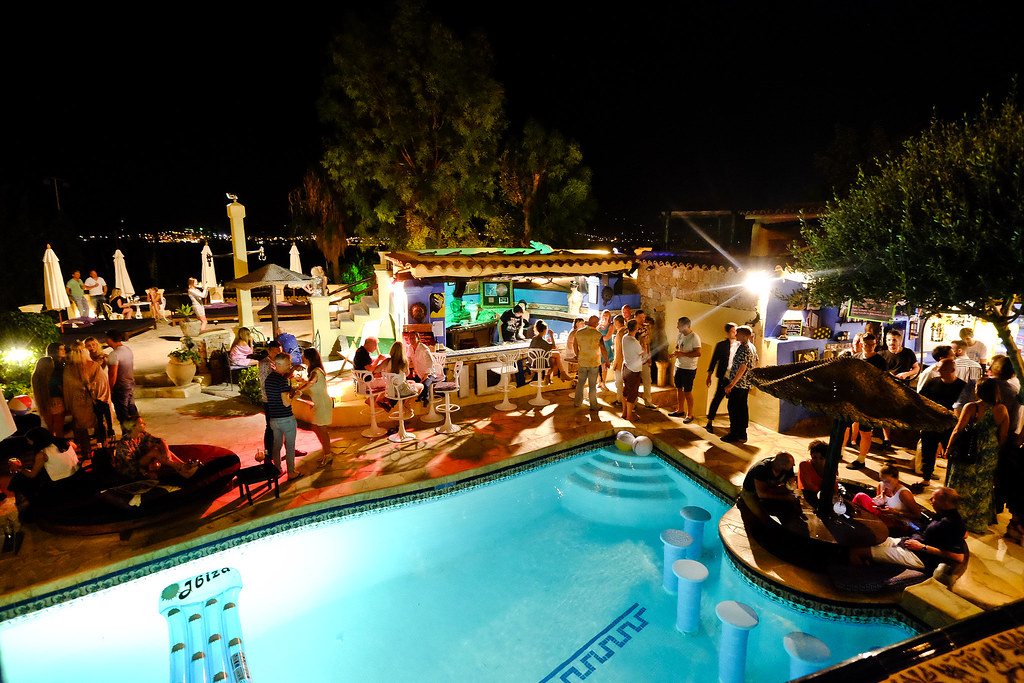 All the action kicks starts at 2pm, by the pool, with Mark and Andrew playing everything from West Coast Rock to Balearic Beats, through African rhythms, post pop and everything in between, before the guests take over and day to turns to night, the musical tempo picks up, and before you know it, you’re on the Pikes fluoro pink tennis court and it’s 6am*… no wait. That hasn’t happened yet. But with 24 weeks of Sundays stretched out before us, you can guarantee it will!

*Fans of We Love, don’t despair. The party is still happening this year, in the new Wednesday night slot at Sankeys Ibiza.

**Disclaimer: Pikes on Sundays reckon they’ll call it a night at 2am. Any suggestions otherwise are pure fabrications by the author.