Miss W goes travelling with a group of islanders

Our blogger Miss W discovers what it’s like to travel with a pack of ‘Ibiza people’ and ponders the old adage ‘what goes on tour stays on tour’.

Ibiza people are a special breed. And when I say ‘Ibiza people’, I mean those who’ve adopted the island as their homeland, those who were born and bred here, and those who live elsewhere but have a love for the island that is so profound, they visit as often as they possibly can. They’re the people who feel Ibiza running through their veins; who feel its undeniable energy the second they step off a plane; and who cannot live without being a part of the culture here. If you’re reading this blog, there’s a fairly high chance you probably identify as an Ibiza person yourself.

Some refer to us as a tribe, others call us family and we’re also a bit of a cultural phenomenon in my humble opinion. Where else in the world do so many people from other countries and cultures flock together, and bond so strongly, based purely on the love of a destination and its lifestyle – in this case, a little island in the Mediterranean – despite their differing backgrounds, varying interests, wide range of ages and unique personalities? New York City springs to mind as somewhere that perhaps has a similar vibe – it’s a place that makes you or breaks you, just like our own little island has a reputation for swallowing you or spitting you out – but the population is just so much larger, forming an intimate community like we have here isn’t an option. There are lots of micro-communities in NYC of course, but New Yorkers can’t possibly get to know everyone on their island. You get my drift, right?

So what do you get when you take a huge group of Ibiza people and plonk them on the other side of the planet together? Without Ibiza as a common ground, do our bonds remain as strong? Are we really as close and open minded and (even if it is a little self indulgent as we think) as special as we think? I got the chance to find out last week, as I joined a large group of Ibiza people from over ten countries (plus some who were born and bred islanders) in a place where 99% of the population have not even heard of Ibiza (a fact which blew my mind, but more on that later). We all took planes, trains and automobiles over 8,344 kilometres to India, to celebrate our dear friends Mr S and now Mrs SS’s wedding. Some of us travelled in convoy, some trekked alone, some tacked it onto a huge trip, some breezed in and breezed out for the wedding alone and others made a vacation of it – but we all did whatever we could to be there for our Ibiza girl and her groom (who is obviously now also an Ibiza person!). You may remember a few months ago I wrote about organising a hen party for the former Miss S (that’s our girl!) aboard the good ship Saga – turns out that feeling of togetherness was just a mere taster of the main event that was to come. Once again, I won’t spill the details of the event or share photos because A. I would not be able to fit all of the amazingness that we experienced over the course of those few days into a single blog (it’s much more like a novel!); B. privacy laws and all that; and finally C. I have vowed to respect the time-honoured tradition of ‘what goes on tour stays on tour’.

India and Ibiza couldn’t be more opposite in so many ways, yet both share a certain sense of openness, warmth, hospitality and harmony, and we were welcomed like family not only by the bride’s actual family, but by every single person we met, from strangers on a plane (if only I could share some stories about our adopted Daddy India – but WGOTSOT), and drivers (I’d love to tell you about the king of tailgating, Mr B, but WGOTSOT) to tailors (if only you could see all the incredible custom-made Indian outfits we all wore! But WGOTSOT) and safari drivers (I’m holding back from telling you about the time our jeep was charged by a mama elephant protecting her bubba – WGOTSOT) plus legendary Bollywood DJs (oh, I wish I could tell you about some of the b2b action from the final night, but WGOTSOT). I’m the first to admit that being in a country like India with a group of people (Ibiza people!) such as ourselves made me incredibly aware of my own privilege, and that of everyone around me, but it was also beautiful to see our friends all be humbled by the experience too. You never know what kind of a travel companion someone will make until you physically go on tour with them – a bit like a housemate in that sense – and our team totally nailed it. Being able to spend quality one on one time with friends of friends, or with people you may only see a few times of year in social situations, or actually getting to party somewhere new with your friends who are too busy working all summer to go out in Ibiza, and getting to really know people you’ve only ever worked with before – it was all so special.

As I type all of this, I am very aware it sounds a little cliché. Because to many of our readers, this is probably the exact same feeling YOU experience when you travel to Ibiza. You gather a collective of your Ibiza-loving buddies, you organise a villa, boat trips, club nights, beach club days, amazing meals in restaurants – I know the drill. You meet other Ibiza lovers when you’re here on the island and they become part of your future Ibiza crew too, then you all make memories together and have life-changing experiences. I guess I never really had that experience before – I just came to Ibiza with just one friend (shout out to Miss G for getting me here) and never left (it seems to have turned into a voluntary lifetime tour of duty!) and so my trip to India with our gang really drove home that feeling of camaraderie, friendship, and more so than ever before, family. What I learned over this past week is that while we all love Ibiza, and Ibiza was the place that brought us all together, the island doesn’t define us. Our collective connection to this island will never waver, but our connections to each other have become much more personal (WGOTSOT) and much stronger. For someone like me – who makes a huge fuss about not ever wanting to leave Ibiza – it was an eye-opening and cliché as it may sound, totally life changing experience (but don’t worry dear readers – I’m not going anywhere else any time soon – the season is almost upon us!). What I will take with me to my grave is this: You can take the people out of Ibiza, but you can’t take Ibiza out of the people. And I’ll leave it at that because what goes on tour stays on tour! Congrats (and THANK YOU!) to Mr & Mrs SS and happy honeymoon! See you back in Ibiza for the after party, obvs… 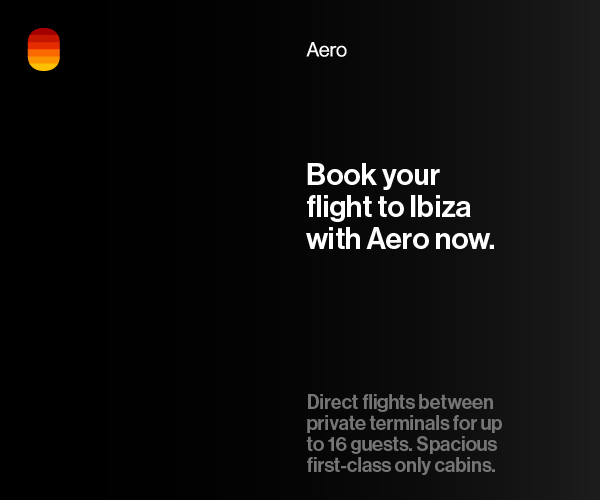