This January, Nita Arpiainen – actor, coach and founder of Actors Academy Finland – brings her all-new weeklong retreat for actors and creatives to the white isle. Carefully designed for participants to access and awaken their authentic selves, the retreat incorporates the world renowned Meisner Technique along with yoga, body work and meditation in a gorgeous Santa Gertrudis location.

Over the past decade, Ibiza has become known as the retreat capital of Europe, if not the world. And while wellness retreats have undoubtedly been in the spotlight for much of that time, this coming year sees the performing arts take centre stage, with the introduction of Actors Retreat Ibiza. Hosted by actor, acting teacher, yoga instructor, health and life coach Nita Arpiainen – founder of Actors Academy Finland and a former television presenter and producer – the weeklong holistic and creative escape debuts on the white isle in the first week of January. The first-of-its-kind Ibiza retreat promises to be an unforgettable and unique personal development experience for those who take part – using the world renowned Meisner Technique to allow participants to access and awaken their authentic selves.

Taking place from Monday January 3 to Sunday January 9, 2022, you’ll be on location in a luxury villa near Santa Gertrudis throughout the retreat. Admission is not strictly limited to those interested in treading the boards professionally – anyone looking for a unique experience is welcome at Actors Retreat Ibiza, regardless of skill level – however spaces are limited to maintain the integrity of the course. Expertly facilitated by Nita Arpiainen, Actors Retreat Ibiza fuses the talented host’s skills with her gift for coaxing genuine connection, deep listening, instinctual action and body-mind awareness from others.

Whether you’re an aspiring or experienced thespian or an island resident looking to express themselves in new ways, Actors Retreat Ibiza will push you towards creative freedom.

Legendary American actor and teacher Sanford Meisner developed his eponymous technique during time spent working with famed master coaches Lee Strasbourg and Stella Adler, both of whom were strongly influenced by Konstantin Stanislavski, the father of Method Acting. Resisting Strasbourg’s insistence on channelling affective memories, Meisner began to guide actors to behave instinctively instead of getting trapped in thought. He urged them to ‘get out of their heads’ by creating exercises rooted in repetition, allowing the underlying emotion to surface thereby creating a more authentic interaction. His technique has been employed by numerous successful actors, among them Robert Duvall, Diane Keaton, Chadwick Boseman, James Gandolfini, Jeff Goldblum, Tom Cruise, Naomi Watts, Christoph Waltz and director Sydney Pollack. Today, the method is taught all over the world, now including Actors Retreat Ibiza in the Balearics.

Mornings at Actors Retreat Ibiza start with a yoga, body awareness and/or meditation session – essential to Nita’s teaching philosophy – before indulging in a healthy breakfast to fuel you up for the workshops ahead. Your first acting class with Nita, using the Meisner Technique, fills the remaining morning hours, after which lunch is provided along with free time. Guests are encouraged to use this time to work on their own development, connect with one another, take some valuable ‘me time’ if needed, and to explore the island through organised excursions. As the sun starts to slowly set over Santa Gertrudis, you’ll regroup for the second acting session of the day which also includes an evening meditation or mindset coaching before dinner. Evening activities include further explorations of Ibiza, movie nights and more, before settling into your luxurious dwelling and dreaming of what’s to come.

There are three main tenets to the Meisner Technique: repetition, emotional preparation and improvisation. These components help actors remain present instead of focusing on memory or rehearsals, using spontaneous reactions to build off other actors’ responses and create organic scenes based on real human behaviour. For Nita’s students at Actors Retreat Ibiza, it takes the acting out of the actor and places them squarely in reality. Through her deep connection to the Meisner Technique, Nita will help retreat participants gain a thorough understanding of their instrument – that is, your emotional truth and impulses, your body and your expression. As a bonus, Actors Retreat Ibiza concludes with a video shoot to capture your achievements. Each participant receives an edited version of their scenes which can easily be added to a showreel for those seeking professional advancement.

Actors Retreat Ibiza participants will have the opportunity to stretch their existing skills and learn new ones to build truthful performances, however it’s not only actors who will appreciate learning under Nita’s tutelage. Those interested in personal development will find themselves immersed in a specific set of exercises designed to tap into honest expression and emotional truth. Encouraging confidence, connecting with others and expression through the body is just a few of the benefits of the Meisner Technique and other supporting exercises. For those who work within the creative industries already, such as directors, writers, artists and producers, the methods learned at Actors Retreat Ibiza will support your future interactions with actors and other creatives within your realm.

Through the Meisner Technique, Nita will help retreat participants gain a thorough understanding of their instrument – that is, your emotional truth and impulses, your body and your expression.

This style of training also offers a strong foundation for achieving effective tools to help connect and engage while acting as well as in everyday life. “Nothing is more magical and empowering than the courageous moment a person drops their mask and steps into their authenticity,” says Nita. “My passion and purpose in life is to support others in doing this, helping them access their innate power and intuitive guidance. To be able to create a retreat on a magical island like Ibiza, away from our busy lives, is such a great combo as it allows us to let go of daily routines and step into a new possibility, a new version of ourselves: our free, authentic being.” With her strong background in holistic wellness, plus her current engagement in the acting coaching and industry, she brings the best of both her worlds to the island for Actors Retreat Ibiza. “With a retreat like this, I can offer participants a strong base from which to take guided, brave jumps forward.”

It was Nita’s own love for acting and fascination with personal growth that led her to develop a successful career that encompasses performing and producing in addition to yoga, meditation and personal development. After participating in numerous acting workshops and schools in such as the Actors Temple in London, Giles Forman Acting Studio, City Academy and the Actors Studio, Nita founded Actors Academy Finland to share her knowledge and passion with others, using the Meisner Technique, which subsequently led to the launch of Actors Retreat Ibiza. A long-time Ibiza aficionado, Nita finds a sense of calm and connection here while also enjoying the adventurous spontaneity the island brings. Her introduction to the island came courtesy of her cousin, a talented screenwriter who lives here with her family, and their lifestyle and forever curious and playful attitude to life provided Nita with endless inspiration.

With her strong background in holistic wellness, plus her current engagement in the acting coaching and industry, Nita Arpiainen brings the best of both her worlds to the island for Actors Retreat Ibiza.

“Some of my life’s most beautiful and happiest moments have been shared with loved ones on the island,” she explains of her connection to the white isle. “I’ve also travelled here during challenging moments in my life and Ibiza has always helped me to reconnect back to inspiration and personal alignment.” Her decision to create Actors Retreat Ibiza makes perfect sense. The island is known for attracting creatives from across the globe, and special rates are also available on request for island residents who wish to take part in the workshops without accommodation. Immersed in nature, breathing in the fresh countryside air, soaking in the energy of the island and supported within a small group of like-minded creatives, the retreat is the perfect way to start the new year as you mean to go on.

Whether you’re a beginner looking for guidance as you start your acting career, an experienced thespian looking to explore the Meisner Technique or an island resident looking to express themselves in new ways, Actors Retreat Ibiza will be the catalyst to push you towards creative freedom and sincere communication. While Meisner passed away in 1997 at the grand old age of 91, he left behind a powerful technique that continues on helping all level actors around the world via equally inspired coaches and studios. Known for his many pearls of wisdom, one of the most pertinent pieces of advice he gave his students was this: “It’s all right to be wrong, but it’s not all right to not try.” Nita fully agrees. “We should stop waiting for the right moment and just go for it!” she says, urging those who feel called to attend the retreat to act on their inclination. “Missed opportunities and not following your heart’s desire hurts much more than rejection ever will.”

FIND OUT MORE & RESERVE YOUR PLACE 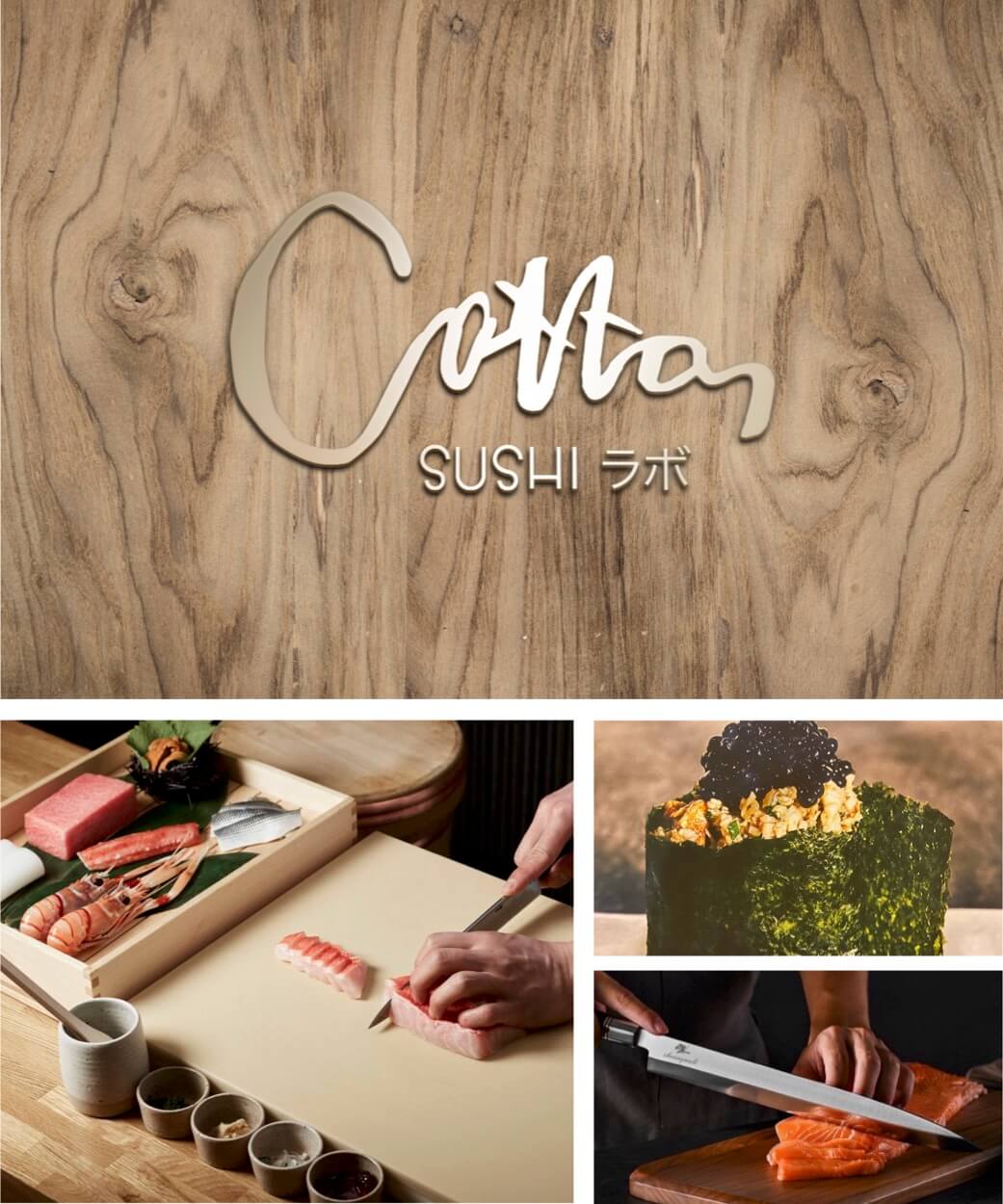