I don’t know why, but time seems to go so much more quickly in Ibiza – faster than anywhere else I’ve ever been in the world. Maybe it’s because we separate each annual cycle into just two distinct summer and winter halves, glossing over the in between seasons as we ease in and out of high tourism season and hot weather, and laidback lazy days and layers of winter clothing!

Or maybe it’s because – despite the fact it feels like a laidback holiday island – we live our summer days at such a hectic pace. One minute it’s Sunday night and you’re on the terrace at Space, then it’s Monday morning and you’re back at work (after dropping in to the after party – fear of missing out syndrome insists); then the sun is setting and you’re cruising into the car park at DC10. Fast forward seven hours and you’re getting blown off your feet by the famous ice cannon at Cocoon at Amnesia.

A couple of hours sleep and then you’re in a meeting, writing articles (well, obviously this is in my case) and gazing outside at the sunshine imagining what it would be like to be at the beach. But then night falls and you pop in to Ushuaia to check out Luciano before making the pilgrimage up north to see DJ E.A.S.E. and his Wax On crew at Wax Da Jam at Las Dalias – with the obligatory pitstops at the hippy market and the Babylon Sky Lounge for some tasty soul food to fuel up before dancing.

You wake up blurry eyed on Wednesday morning and hightail it to your desk, listening to Cadenza and Wax Da Jam podcasts on repeat all day trying to relive the memories while you work. You’re grateful that Wednesday is a reasonably early night by Ibiza standards… the bands finish by midnight at Ibiza Rocks and then the after party at the legendary Pikes Hotel… well, OK, perhaps it won’t be the early night you hoped for after all.

You wake up in a panic, having slept through your alarm on Thursday morning, remembering the deadlines and newsletters that urgently need to be actioned – and your Playa den Bossa time bomb is ticking! Loco Dice’s Used & Abused is an early starter and dancing in the sunshine is such a luxury these days you really don’t want to miss a minute. Cross the road to Space (yes, again!) around 10.30 to take in the early set in Richie Hawtin’s ENTER.Sake bar – always a big name DJ spinning a super cool eclectic set – before taking your place in front of the throbbing speakers in the Discoteca for Richie’s epic closing sets.

Thank God it’s Friday! Or fashion Friday, as I like to think of it – although trudging around in 30-degree heat with bags and bags of clothing, shoes and accessories for our regular fashion shoots is far from glamorous. Spending the day in beautiful locations surrounded by beautiful models and beautiful clothes is definitely preferable to being in an office however, and a Friday afternoon swim seems to always be possible. Thank the gods of fashion that we have an online store, because who has time for shopping with a schedule like this!

All you want to do when you’ve lugged the aforementioned bags back up to your house is have a shower and a siesta, but losing momentum at this point of the week is futile. A shot of premium mescal washed down with a beer, (and accompanied by the world’s tastiest ceviche) at your new local watering hole, La Mescaleria in Dalt Vila, is the livener you need! Then it’s time to crawl the bars in Ibiza’s port – stopping off at La Bodega, Bar 1805 and The Rock Bar for cocktails (I like mine with a dash of chili thanks – think chili and raspberry margaritas). There’s usually a late night dinner in order, because you can’t dance until 10am at Marco Carola’s Music On without the right sustenance!

Ohhh Saturday, how I love you. The first day you can sleep without an alarm clock… unless of course you want to hit the beach! When you’ve gotten in at 10am, grabbing a couple of hours kip is essential – without an alarm clock I’d never make it to the beach and constantly be sporting a nightclub tan! And after all, you can always siesta on the beach… after a delicious meal and some icy cold glasses of rose of course!

When you’ve finally taken in enough vitamin D, it’s back to town for dinner before hitting this year’s winner of the most colourful, wacky and outrageous party award, El Row at Privilege. Another escapade that runs well into the daylight hours… and leaves you traipsing home amongst the super keen joggers, sightseers and families on their big day out in Dalt Vila. Oops. Oh well. A little bit of sequin and sparkle never hurt anyone at that hour!

Starting Sunday with a Bloody Mary is essential, and you don’t get better than those at Ibiza Rocks House at Pikes Hotel. While you’re there, it’s worth tucking in to the island’s very best Sunday roast by that famous Club Tropicana pool because you never know where your next meal stop is going to be, be because before you know it you’re dancing with reckless abandon on the Space Terrace… Return to top – 17 weeks in a row, and you’ll understand why I’m looking forward to the end of the season! 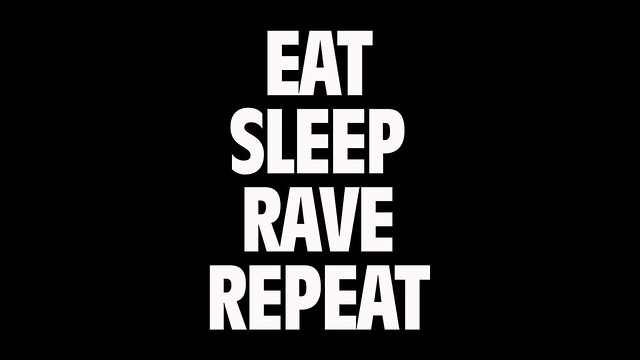 On Sale Now! Space's 23rd Birthday with The Chemical Brothers

Miss W’s blog: Who wants to be the rebound guy?

And just like that, it was winter in Ibiza…

Every Thursday: Bossa Nova Night at The Giri Cafe

New! Can Domingo, Ibiza wedding venue
White Ibiza uses cookies to give you the best possible experience. By using White Ibiza, you agree to our Privacy Policy.OK
Scroll to top